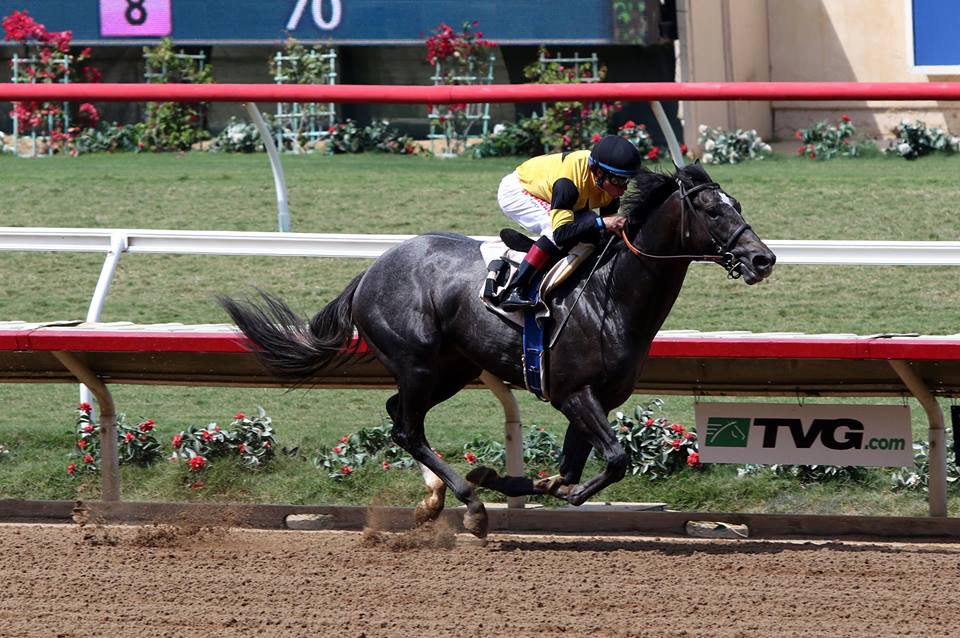 OBS March 2-Year-Old in Training purchase Gunmetal Gray will likely make his next start in the $300,000 American Pharoah Stakes (G1) following an impressive win around two turns on August 22 at Del Mar. Trained by Jerry Hollendorfer, the “gunmetal gray” colt earned an impressive 89 Beyer Speed Figure and 10.5 on the Ragozin Sheets and is on the road to the Breeders’ Cup Juvenile (G1).

The final time for the one-mile event was 1:38.60, which was a few ticks faster than the Brubaker Stakes for older horses run later in the card. Gunmetal Gray not only won by 6 3/4 lengths, but he also galloped out huge under leading rider Drayden Van Dyke.

“My colt ran super, and I had a hard time pulling him up,” said Van Dyke. “I think I got more of a workout from pulling him up than I did in the race!”

His sire Exchange Rate has sired four champions, and his dam (by Include) finished third in the grade one Ruffian Invitational at Saratoga. This is a versatile pedigree, and we see the colt being able to run at a variety of distances on both dirt and turf as his career progresses.

Gunmetal Gray was outsprinted early before making a mild run late in his debut going six furlongs on July 29 at Del Mar. He was slated to sprint again on August 18, but the new condition book came out, and we put a big circle around the two turn dirt race. The “pivot” paid off for his Partners.

Several Partners joined West Point’s Nancy Dollase to celebrate the exciting win. The colt’s two-turn experience gives him a leg up on his competition as the Breeders’ Cup draws closer. 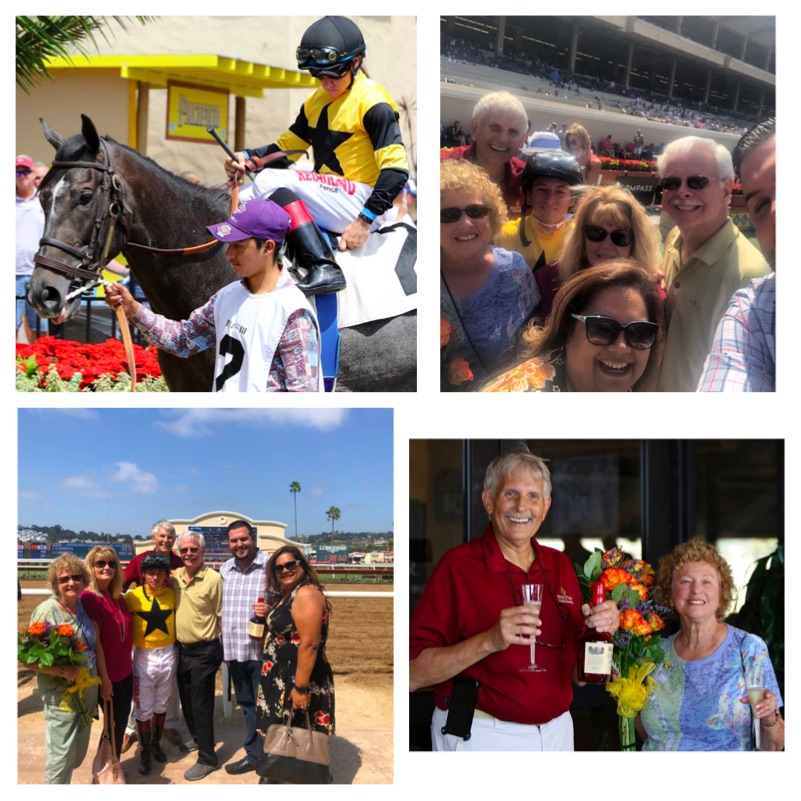