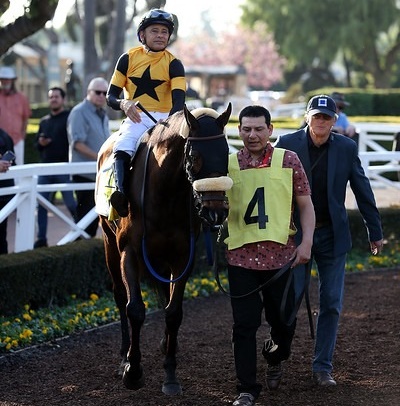 John Shirreffs with Hard Not to Love and Hall of Fame jockey Mike Smith.

This is the third in a series of features looking at an indelible characteristic of so many facets of horse racing: it is a true family business.

John Shirreffs has chosen to stand off to the side, out of camera range, for most of the winner’s circle celebrations during his training career. One notable exception came spontaneously in February 2019 with the thrill of a debut victory from Hard Not to Love at Santa Anita.

And it was for good reason, as this was no everyday introduction to racing. Hard Not to Love only reached the races after John and his team paid careful, meticulous attention to the development, comfort and confidence of a filly who had lost her eye in a training accident before she joined the Shirreffs barn.

And it was a family matter: John trains Hard Not for Love not just for West Point Thoroughbreds but also for his wife, Dottie, and stepson, bloodstock agent David Ingordo. They were all part of the team that picked her out as a yearling, along with five other fillies.

Today, Hard Not to Love is a Grade 1 winner, best in 5 of her 7 career starts. Carressa, from the same group of yearlings, is coming off a Grade 3 stakes win. And Giza Goddess is a stakes winner preparing for a Grade 1 assignment at Santa Anita in a few weeks.

“This has been a lot of fun for all of us to enjoy together,” David Ingordo said. “My mother has always been in the background but in important roles. She worked for Bobby Frankel and Jerry Moss simultaneously for many years. She had a hand in everything from Maine to Spain in Bobby’s life, and she was the racing manager for Mr. Moss for all those years and with great successes like Zenyatta and Giacomo.

“John Shirreffs is not a self promoter and so we jointly came up with the plan where she suggested ‘We’re in a good position, why don’t we buy our own horses and stock the pond ourselves?’ And it’s been like the cherry on top of her career in racing, with hopefully many more cherries to come, and I know it means a lot to John. It’s very meaningful to me too. It’s different compared to when I worked for Satish Sanan buying horses for Padua Stables, I had a piece of every horse we purchased, and that included [Grade 1 winner] Majesticperfection and Authenticity [the Grade 2-winning mare who is the dam of undefeated Kentucky Derby candidate Charlatan]. I enjoyed that personally but it’s been a lot more special to own these kind of horses with my parents, especially since without them, I wouldn’t be doing what I do today.“

David said he used to pick Shirreffs’ brain as a teenager on the backstretch of Hollywood Park.

“That was before John was family, and he always answered my stupid questions and gave me a lot more time and attention than I deserved,” he said. “To kind of come full circle and be involved with horses that show what a truly great horseman he is, that has been wonderful for me.“

Shirreffs, looking back on that time period, said, “Oh yes, David was very inquisitive, he wanted to know ‘why?’ ‘Why this, why that?’ And that is one of his great features. He has an open mind and tries to judge things with an open perspective as opposed to ‘It’s only supposed to be done this way.’“

Shirreffs noted with a chuckle that his wife provides a good balance when he comes to a conclusion that is more rooted in emotion than logic.

“She is an expert in horse pedigrees–she’s been doing the matings and breedings for Jerry Moss for 30 years–and in the same 30 years she went to the sales for the Mosses so she has a good idea what a horse looks like,” John said. “It’s great having that experience to help me in my training. She will say ‘let’s be realistic about this,’ because she has that knowledge. She really knows California pedigrees.

“And David is a lot like his mother, with their experience in racing. He also has a good grasp of what’s going on around the country. He knows trainers everywhere, owners, racing organizations, and he can give you a good perspective on our industry, who’s hot, who’s not, maybe about a horse, maybe about a race, he just has a lot of knowledge that I really appreciate. They have been very patient with me, and very supportive in anything that I felt I needed for the horses. It’s nice when you don’t get critized, when you get support. I feel very fortunate.“ 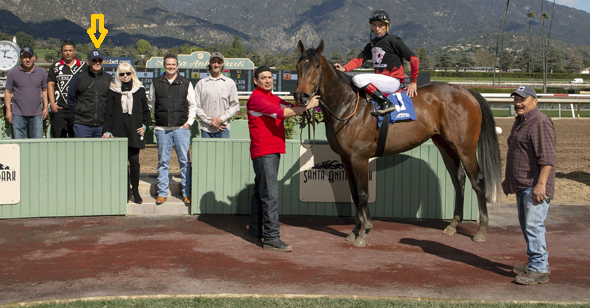 John Shirreffs in a rare appearance in the winner’s circle after Hard Not to Love’s debut win. 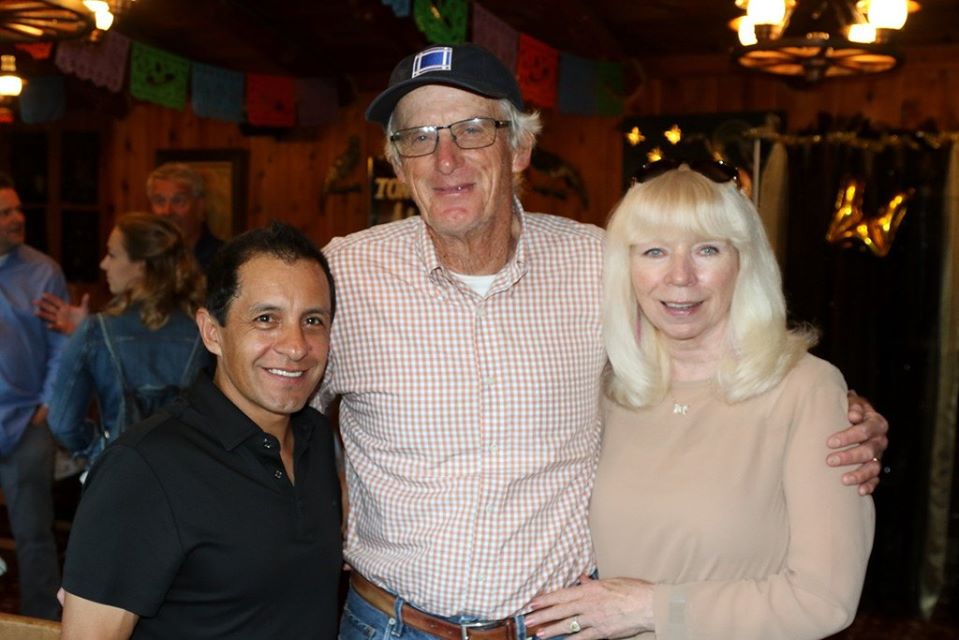 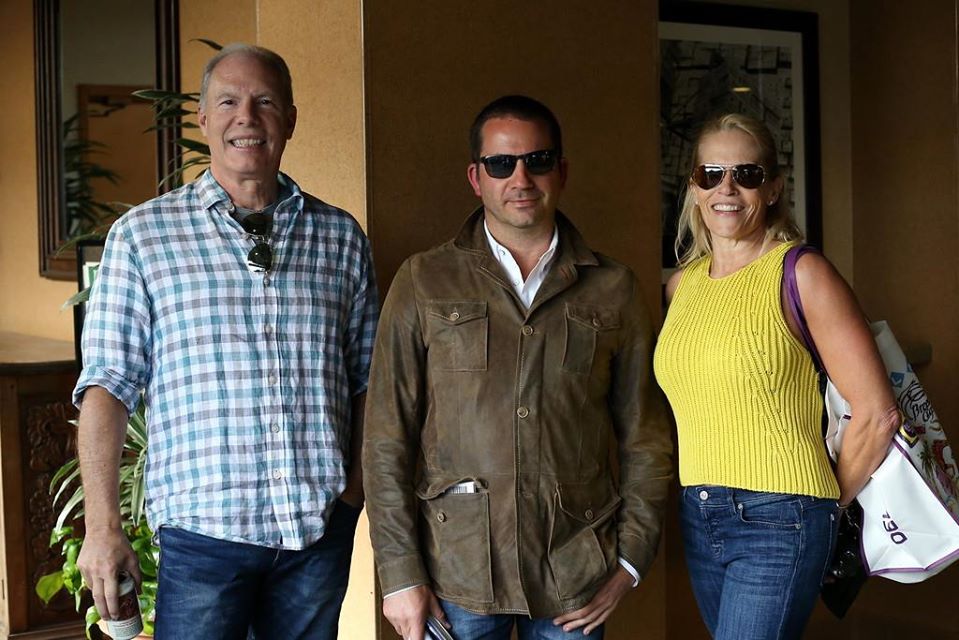