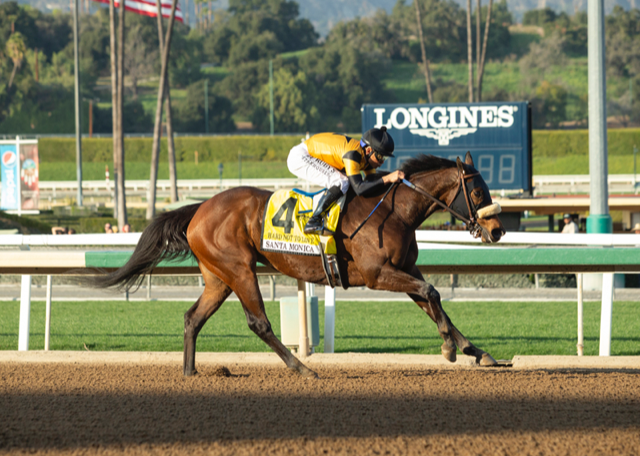 Hard Not to Love has been nearly perfect in sprint races. On Saturday, she will tackle a new challenge, stretching out around two turns in the $400,000 Beholder Mile (G1) at Santa Anita.

The one-eyed filly owns five wins in six career starts for trainer John Shirreffs, who has done valiant work managing her quirks and getting her to relax, which he sees as a key element for her prospects of extending the success to longer distances.

Hard Not to Love is a half sister to Wonder Gadot, who was a top-class filly over a route of ground, scoring two Canadian classic wins and finishing second in the Grade 1 Kentucky Oaks.

The 4-year-old filly will begin from the rail in a field of seven. She will be piloted by Hall of Fame jockey Mike Smith, who is 3-for-3 on Hard Not to Love, with the most recent triumphs in the Grade 1 La Brea and Grade 2 Santa Monica.

Hard Not to Love training at Santa Anita this week: