This colt’s massive hip caught the attention of our buying team, and he boasts pedigree power to go along with the strong frame.

Joanne Nielsen and her family have been among the leading breeders in New York for decades and she is hands-on in the mating process. In 2011, she selected Flatter as the covering sire for her young broodmare Party Silks because Flatter was a son of leading sire A.P. indy.

Boy did that work—the resulting foal was Upstart, a New York-bred colt who recorded a 102 Beyer as a 2-year-old and became one of the major players on the Road to the Triple Crown in 2015, winning the Grade 2 Holy Bull Stakes at Gulfstream and finishing first but getting disqualified due to interference in the Grade 2 Fountain of Youth Stakes.

Today Upstart is racing out to a fast start as a freshman stallion, based in Kentucky, with five individual 2-year-old winners.

Mrs. Nielsen bred this New York-bred colt from the same family: his dam is a half-sister to Upstart, and she followed the same playbook in mating the mare to Dialed In, a Florida Derby-winning grandson of A.P. Indy.

Dialed In has sired $5.5-million-earner Gunnevera (a Graded stakes winner at 2 and 3 and runner-up in the Dubai and Pegasus World Cups) and now accounts for another leading 2-year-old colt: Get Her Number, who captured the Grade 1 American Pharoah Stakes on September 26 at Santa Anita:

The new colt oozes quality and strength. He will be trained by George Weaver, who is in the midst of one of his best seasons on the track, winning at a 20 percent clip, highlighted by Grade 1 wins from Vekoma in the Carter Handicap and Met Mile. 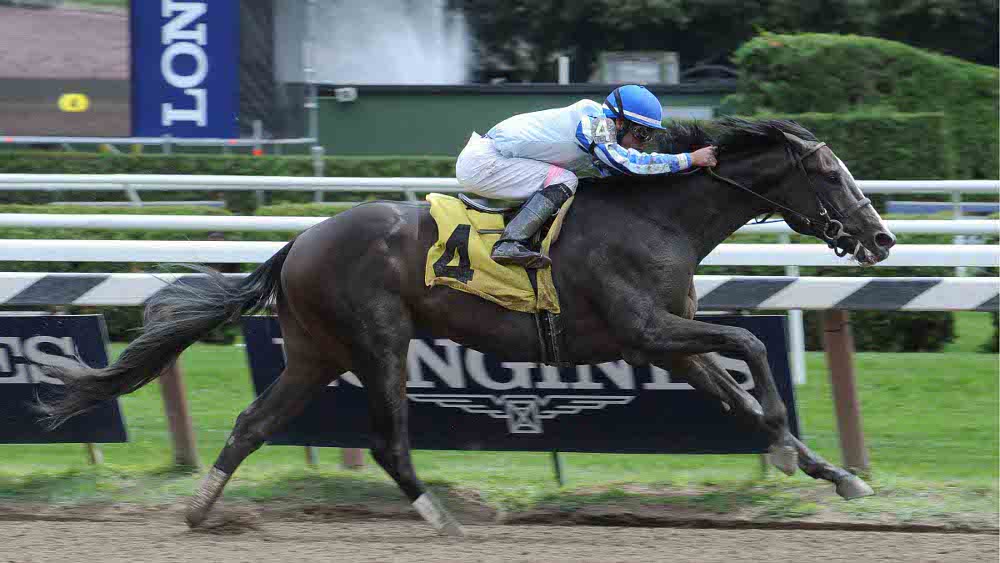 He has an amazing hip, and that’s the engine for all our horses. That’s what propels them at break-neck speed down the racetrack. 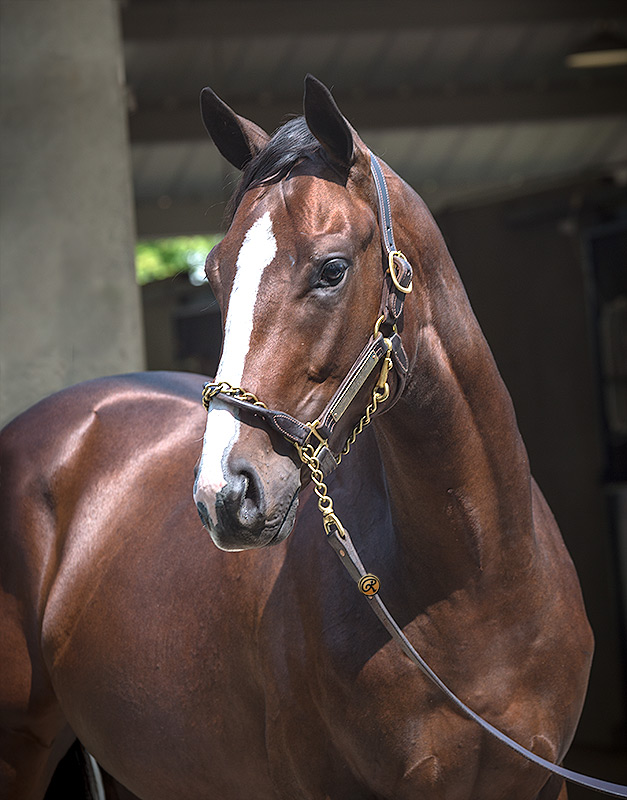