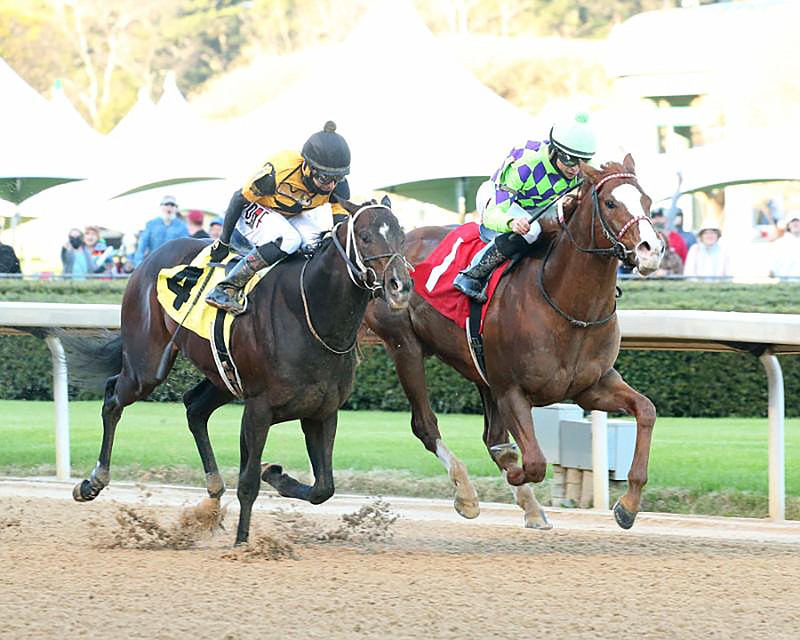 Jaxon Traveler and Sir Wellington in the stretch of the Gazebo Stakes.

After tasting defeat for the first time when a gallant stretch rally ended a head short, Jaxon Traveler gets a chance to make amends Saturday in the $200,000 Bachelor Stakes at Oaklawn Park

An OBS 2yo sale purchase in 2020, Jaxon Traveler won all three of his races as a juvenile and made his 3yo debut in the Gazebo for trainer Steve Asmussen. Francisco Arrieta has the mount again in the six-furlong Bachelor.

Replay of the Gazebo Stakes: