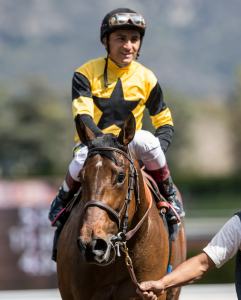 Jungle Warfare delivered as the favorite over the weekend at Santa Anita. The newly gelded son of Animal Kingdom is a bridesmaid no more after hitting the board in his eight previous outings. Read about his “under the radar win.”

The win was special for West Point Partners Howie and Ann Fishman, who stood in the winner’s circle for the first time after several near misses. 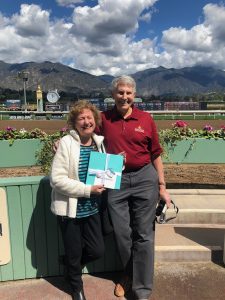 Partner Alexandra Campbell named the colt after her father, Alex Campbell, who served honorably in Vietnam as a member of the US Army Intelligence Unit.

“I named Jungle Warfare in honor of my Dad to forever commemorate his service with something he loves — thoroughbreds and horse racing,” says Alexandra. “To stand in the Winner’s Circle today, sharing this incredibly special moment with him is a memory to last a lifetime. Thank you West Point for selecting my name for this special gelding and thus culminating in my Dad and I sharing such a wonderful moment honoring him today.” 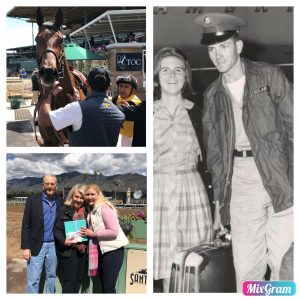 The West Point buying team purchased Jungle Warfare at the 2017 Fasig-Tipton 2-Year-Old in Training Sae held at Gulfstream Park. The gelding is trained and part-owned by Hall of Famer Jerry Hollendorfer.