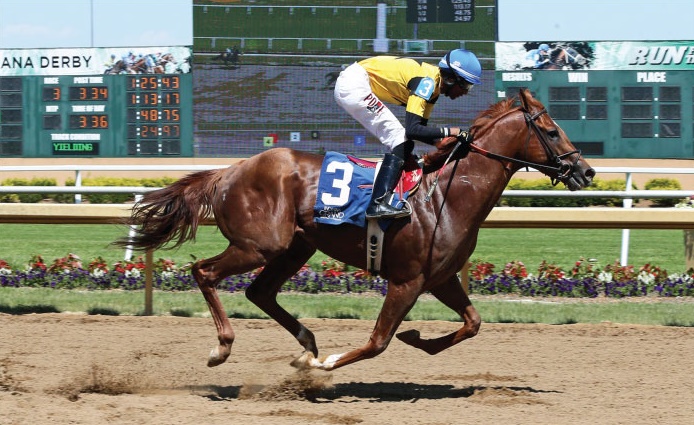 King’s Ovation brought together jockey DeShawn Parker and trainer Dale Romans for a fitting tribute Monday in an allowance victory at Indiana Grand.

Dale said his late father, Jerry, and DeShawn’s father, Daryl, were best friends. They rubbed shoulders around the racetrack, the senior Romans as a respected trainer and the senior Parker in a variety of roles, eventually as the first black racing official in North America.

“This is the first time DeShawn and I ever won a race together,” Dale said. “DeShawn’s father called me earlier this year and we talked for a while, talked about my dad, and I thought it was a bit odd because I hadn’t heard from him in a few years. I didn’t know at the time that he was sick, and he died about three weeks later, in March. He was a great man.

“When DeShawn got off King’s Ovation he called me and I said, ‘We may have had a little divine intervention today.’ DeShawn got emotional and said galloping out that he couldn’t wait to call me and how proud our fathers would have been.”

King’s Ovation drew off to a 4 1/4-length score in the “a other than” allowance. The 3-year-old colt finished second in the Grade 3 Swale Stakes earlier this season.