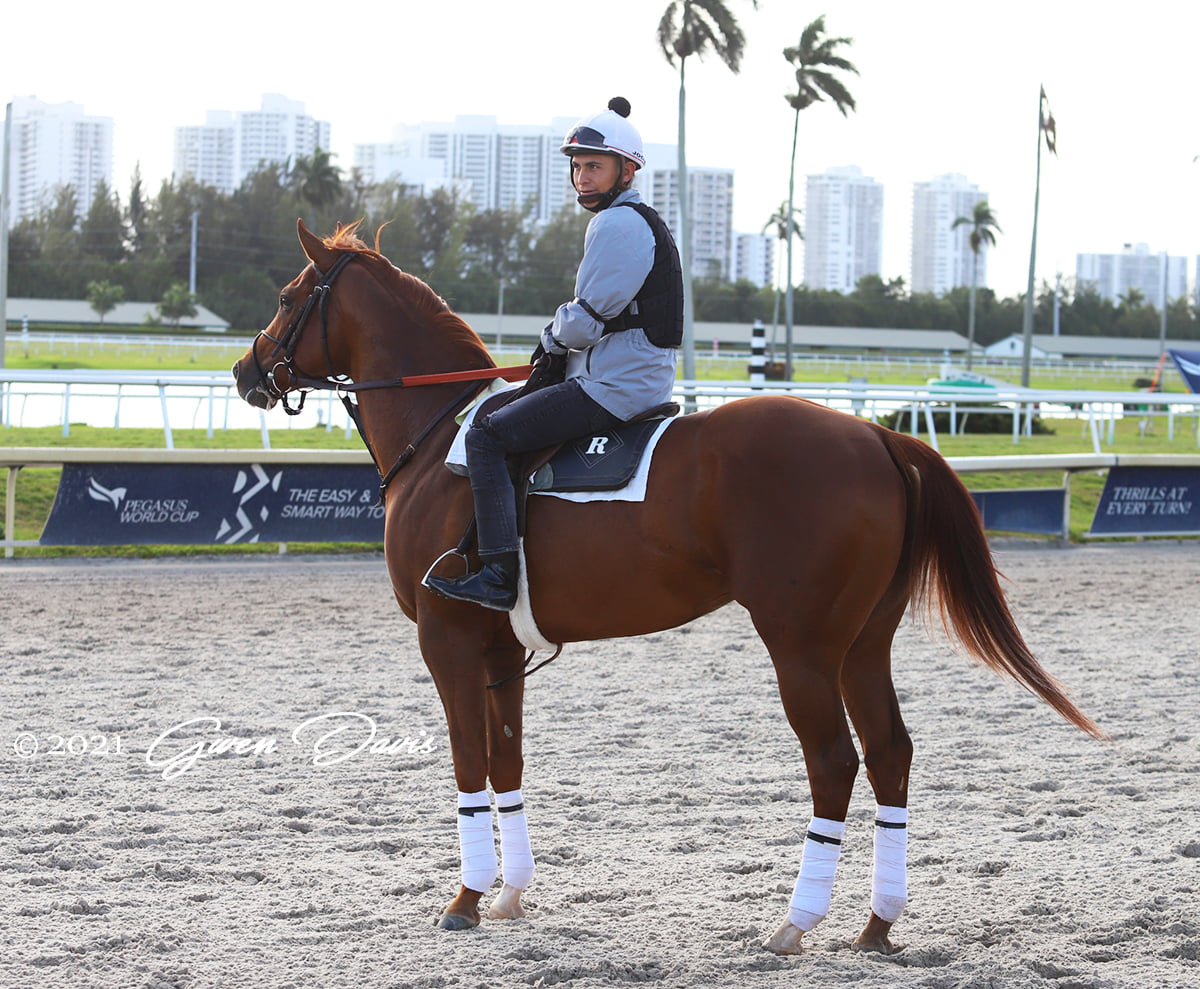 A week after O Besos put himself in line for the Kentucky Derby, King’s Ovation will take his chances for a spot in the Run for the Roses on Saturday in the $250,000 Jeff Ruby Steaks (G3) at Turfway Park.

King’s Ovation finished second in Gulfstream’s Grade 3 Swale Stakes on January 30 before stretching out around two turns for the first time and finishing a troubled sixth in the Grade 2 Fountain of Youth on February 27.

The Jeff Ruby Steaks will be run at 9 furlongs on the Tapeta synthetic surface at Turfway and is a major qualifying opportunity for the Kentucky Derby, with 170 points on the line.

Dale Romans trains the son of Not This Time, a young sire with encouraging statistics for the Tapeta surface, as six members of his initial crop have won on the synthetics at Woodbine, Turfway and Presque Isle.

The race will be shown on Fox Sports 2 and on Youtube.