Dispatched as the second choice, the chestnut son of Sidney’s Candy hustled out of the gate and dueled at every point of call. He was overtaken briefly in the stretch, but gamely fought back to win by one half of a length with jockey Heribert Martinez aboard.

Mr. Twinery is named in honor of twins who celebrated their fourth birthday on Saturday, making the win even more special. 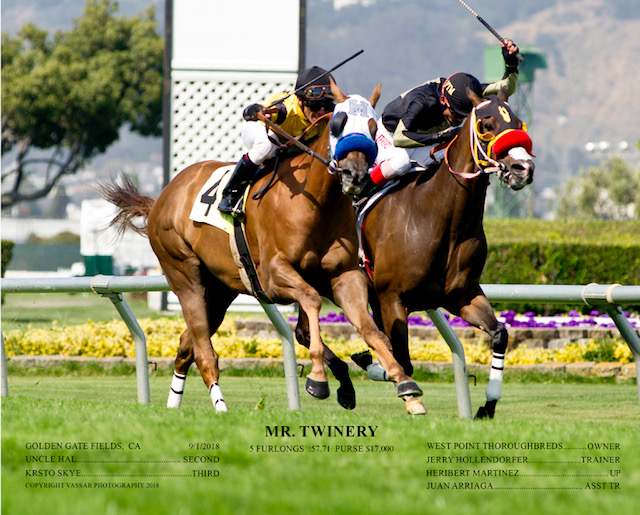 Trainer Jerry Hollendorfer said, “It’s very satisfying to have a horse start to put things together after waiting so long to get them to the races. I’m grateful to the West Point Partners for giving this horse a chance to find himself.”’

Mr. Twinery did not race until the middle of his 3-year-old season and although he broke his maiden that year, he only made two starts. Hollendorfer took his time to get the gelding on the right path, and the patience has paid off. This season, Mr. Twinery has won four races and placed once in eight starts. All four wins were at Golden Gate.