/ Back to Notable Horses / Flightline 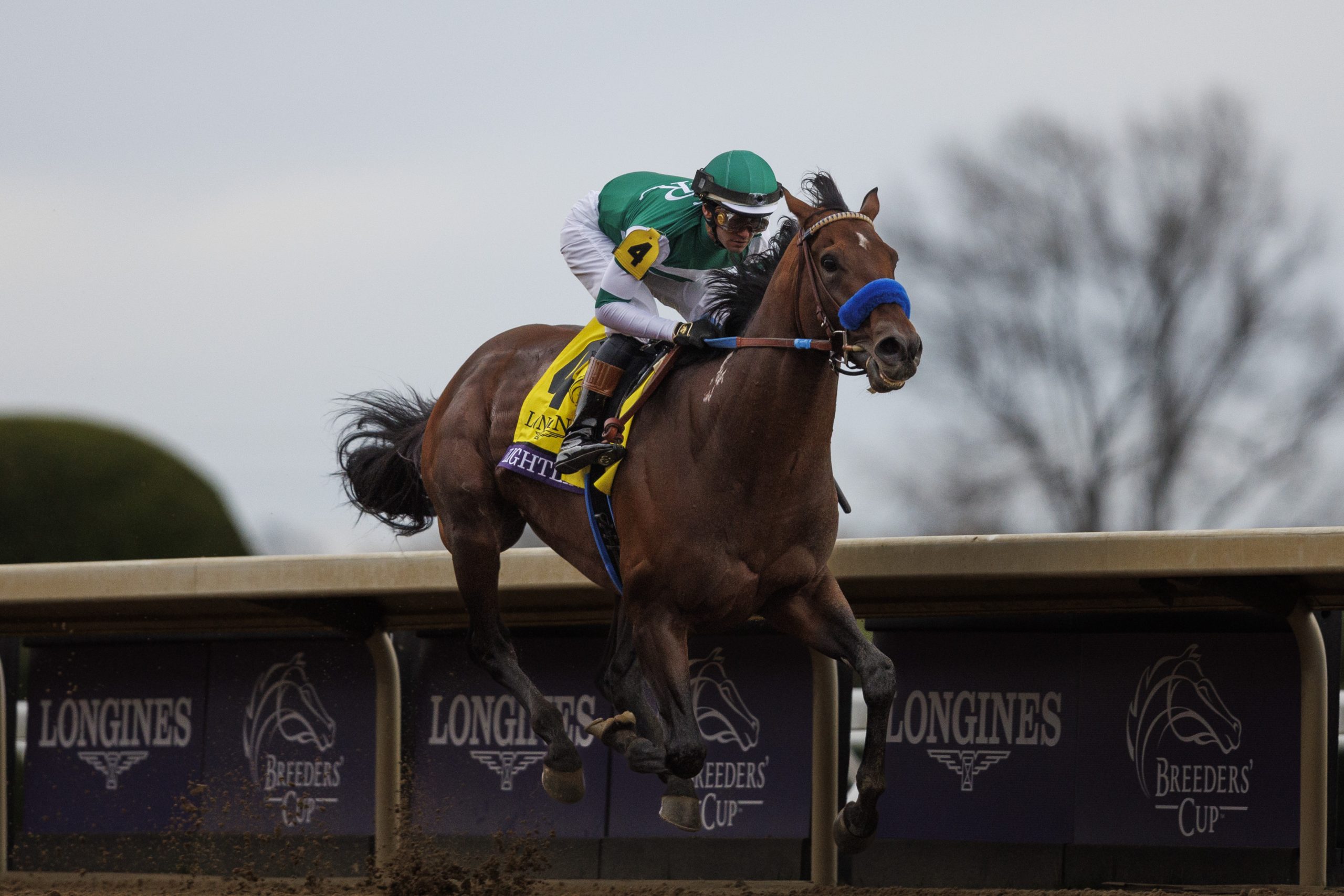 Purchased by West Point Thoroughbreds as a yearling for $1,000,000 at the 2019 Fasig-Tipton Saratoga Yearling Sale, Flightline captured the hearts and minds of racing fans all over the world, going six for six and earning $4,514,800. His marquee victory came in the 2022 Breeders’ Cup Classic (G1) at Keeneland, when he scored by over eight lengths. The number one ranked racehorse in the world, he’s provided once-in-a-lifetime memories.

Trainer John Sadler and his assistant Juan Levya did a remarkable job patiently developing Flightline and Flavien Prat rode him to victory in every race.

Flightline retired to stud at Lane’s End Farm after romping in the Classic. Two days after the Breeders’ Cup, a 2.5% interest in Flightline sold for $4.6 million at Keeneland.