/ Back to Notable Horses / Gunmetal Gray 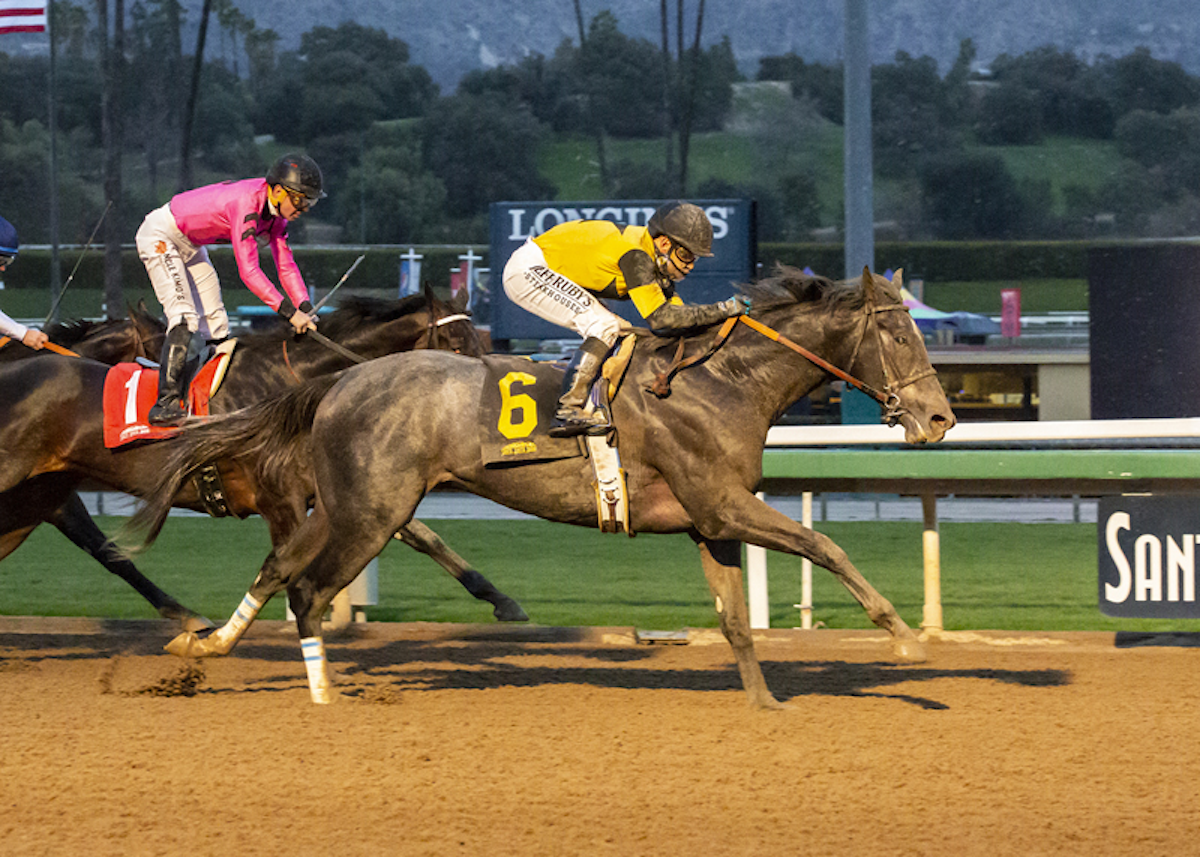 West Point Thoroughbreds and Jerry Hollendorfer purchased the son of Exchange Rate at the 2018 OBS March 2-Year-Old in Training Sale. He broke his maiden at second asking at Del Mar before finishing second to Game Winner in the American Pharoah Stakes (G1). His 3-year-old season opened with a win in the Sham Stakes (G3) at Santa Anita.