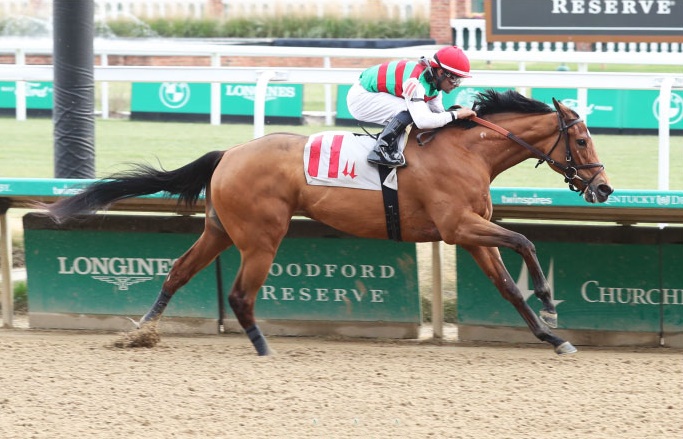 Vahva powered to a 3-length maiden victory Saturday on the second Stars of Tomorrow card of the Churchill fall meet, inspiring some lofty dreams at the home of the Kentucky Oaks.

A daughter of Horse of the Year and superstar sire Gun Runner, Vahva rewarded the patience of trainer Cherie DeVaux after a close second-place finish at Saratoga in the filly’s second career start on September 4. Vahva was ticketed for a race at Keeneland this fall but Cherie sensed that the filly would be better off waiting a bit longer and by Saturday she was thriving again and very sharp.

The victory contributed to an outrageous afternoon for leading jockey Luis Saez, who scored six wins on the 12-race card at Churchill.