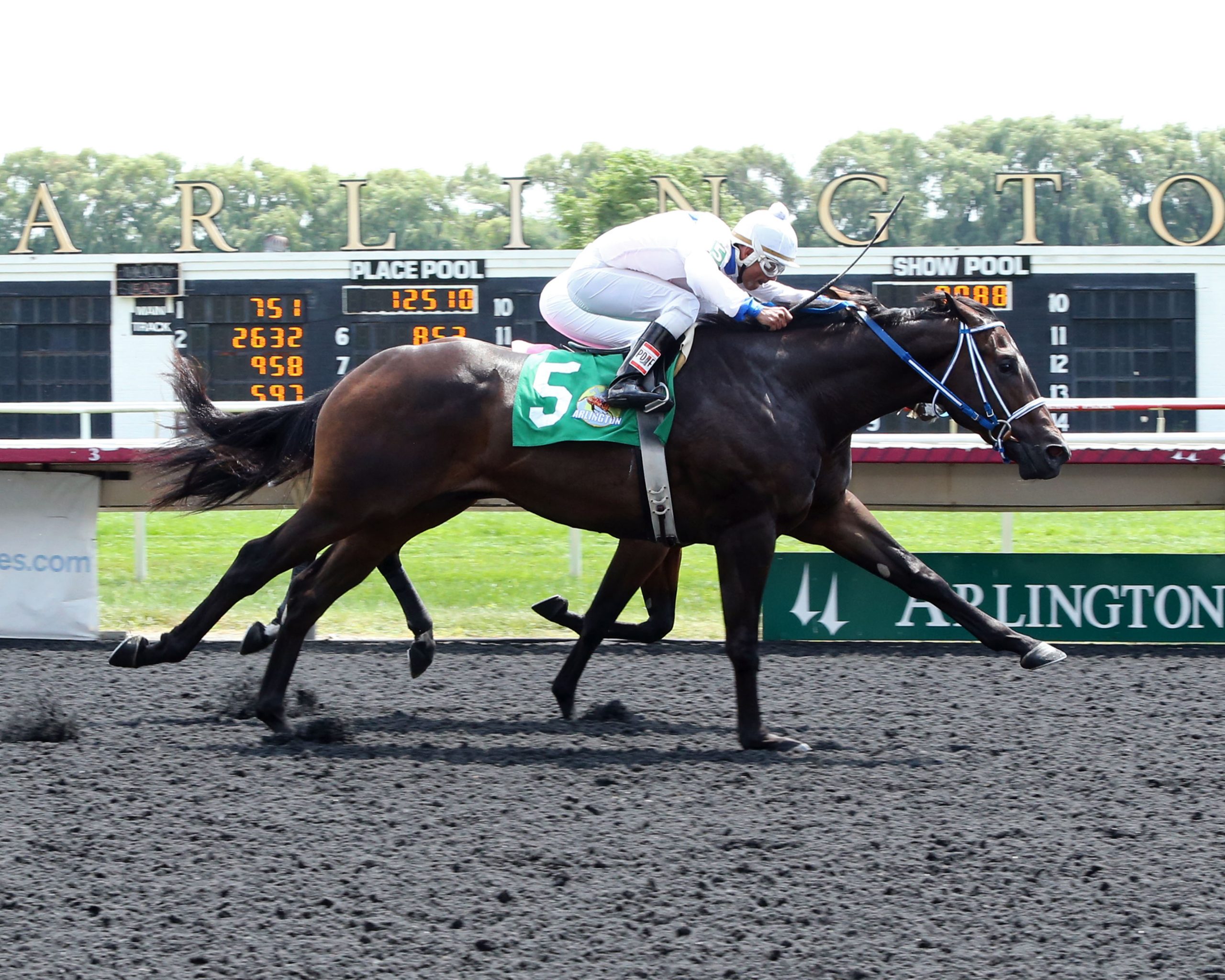 While waiting to go out on Saratoga Lake on a rainy Tuesday afternoon, trainer Dale Romans told Terry about a 2-year-old son of Temple City who won impressively at Arlington Park. A couple phone calls, and a few days later, the colt was ours.

He’s the five horse who is last early and closes like a freight train!

You HAVE to watch his debut. You won’t believe your eyes. Yes, the horse who is dead last at the top of the stretch wins after being as many as 18 lengths behind going just six furlongs. One person Tweeted after the race, “You’d have to hire a sherpa to find him!” Our own Jeff Lifson watched the race for the first time and couldn’t stop laughing while saying, “This is one of the freakiest races I’ve ever seen. Are you kidding me?”

Dabo sold out quickly. He’s training daily at Churchill Downs and will make his first start carrying the black and gold silks in a few weeks.

Tiple (IRE) is an exciting 2-year-old filly who’s run at top tracks in Europe (Leopardstown and Curragh). Christophe Clement bought the filly shortly after she was put in front of him because several top agents were trying to buy her.

Her European form is strong. She was green in her debut at the Curragh, breaking poorly and rushing up into the race early while staying on late. This was an incredibly deep maiden race. There were several next out winners from the race, including a Coolmore filly with a Grade One target. The Curragh is Ireland’s premier racetrack and 2-year-old racing there is comparable to Saratoga in the US.

Tiple arrived in the United States on August 22 and is now training daily at Belmont Park for Christophe Clement.