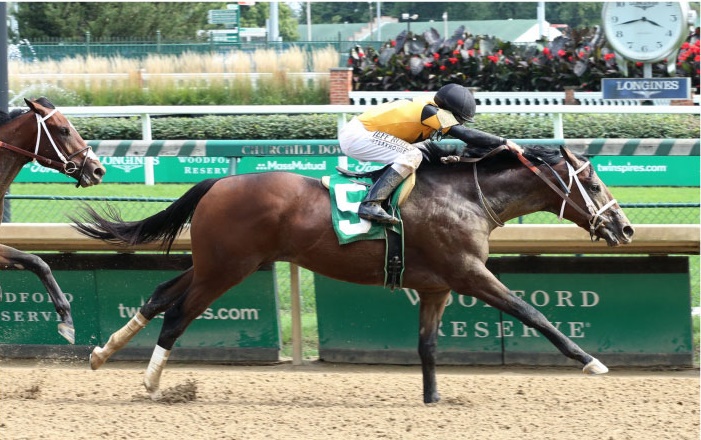 Arabian Prince takes his next step auditioning for the Kentucky Derby on Saturday in the $200,000 Lecomte Stakes (G3) at Fair Grounds.

The bay colt has raced three times for trainer Dallas Stewart, all at Churchill Downs: winning his debut, finishing fourth in the Street Sense Stakes and closing his juvenile season with a third-place finish in the Grade 2 Kentucky Jockey Club, earning two qualifying points for the Run for the Roses. Likewise, the top four finishers in the Lecomte will garner 10-4-2-1 in Derby points.

“He’s a beautiful horse and this is the next step, so we’ll see how he fits,” Stewart said. “He’s improved every time out, it’s the progression of it, and we’re hoping for another progression Saturday. We’d like to save some ground and use the long stretch to our advantage. He’ll come running late.”

A yearling purchase at the Saratoga select sale in 2019, Arabian Prince drew post two in a field of 11. Stewart won the Lecomte in 2003 and ’05.

Arabian Prince is 6-to-1 on the morning line. The 3-to-1 favorite is 2-for-2 Mandoulin, and the second choice at 7-to-2 is Midnight Bourbon, the third-place finisher in October’s Grade 1 Champagne Stakes.

Room to Finish is coming off a victory in the Turf Distaff on Louisiana Champions Day on December 12. She owns six wins from nine starts on the Fair Grounds turf course.

My Boy Jack, the fifth-place finisher in the 2018 Kentucky Derby, will be making his second start after a break.