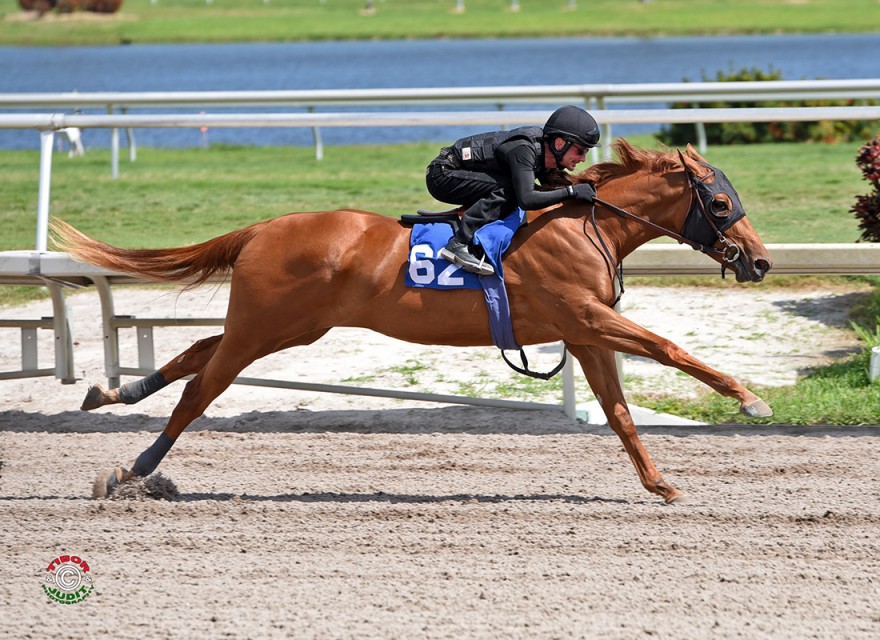 Best Performance breezing at Gulfstream for the 2017 Fasig-Tipton sale. West Point bought her there and cheered her on to a Breeders' Cup placing that fall.

Fasig-Tipton’s March sale of two-year-olds in training has been all over the map of Florida during the last decade but has consistently been a launchpad for top horses, including West Point Thoroughbreds’ Breeders’ Cup runner-up Best Performance just a couple years back.

Calder Race Course in Miami Gardens was the sale’s home for many years until 2011 when it was switched to Palm Meadows Training Center in Boynton Beach. After three years there, it went to Ocala for 2014 before settling at Gulfstream Park in 2015 when the track set up a dedicated new barn for sale horses.

The 2019 Gulfstream sale will be conducted over a single session on Wednesday beginning at 2 p.m. Eastern. A live stream will be available at http://www.fasigtipton.com/.

West Point bought Best Performance for $300,000 at the Gulfstream sale in 2017 and she marched on to a superb juvenile season as a Graded stakes performer on both turf and dirt, capped off by a narrow second to Rushing Fall in the Grade 1 Breeders’ Cup Juvenile Fillies Turf at Del Mar. This January, she was a hot commodity as a broodmare prospect, ranking among the top prices in the Keeneland horses of all ages sale.

On the same Florida Derby day card last year, West Point Thoroughbreds got in on the action with Coach Rocks’ victory in the Grade 2 Gulfstream Park Oaks. She also was a graduate of the 2017 Fasig-Tipton sale.

This year’s Kentucky Oaks may run through Bellafina, the winner of five Graded stakes in Southern California, including a pair of Grade 1 races. She brought $800,000 a year ago at the Fasig-Tipton Gulfstream sale.

Instagrand is the headliner among the sale’s graduates who are on the 2019 Kentucky Derby trail. Trained by Jerry Hollendorfer, Instagrand captured a Grade 2 race at Del Mar as a juvenile and finished third in the Grade 3 Gotham Stakes in New York this month in his three-year-old debut.

Nyquist, a $400,000 purchase at the Gulfstream sale in 2015, blazed his way to victories in both the Breeders’ Cup Juvenile and Kentucky Derby.

Union Rags built up a similar profile, from the Fasig-Tipton sale in 2011 where he commanded $390,000, to a strong juvenile campaign in which he captured the Grade 1 Champagne Stakes and finished second in the Breeders’ Cup Juvenile and kept on rolling as a three-year-old, winning the Grade 2 Fountain of Youth Stakes and the Grade 1 Belmont.

Traditionally, the Fasig-Tipton sale has been the high-end, boutique vendue for two-year-olds in training, but West Point has been able to uncover some bargains through the years. King Congie was a $100,000 purchase there in 2010 and went on to become a stakes winner and nearly made off with the Grade 1 Blue Grass Stakes in 2011, finishing an agonizingly close third in the Keeneland fixture, beaten a nose and a head for it all.

Current West Point campaigner Scholar Athlete was an $85,000 purchase in the 2015 Gulfstream sale. He is Graded stakes-placed and has earned more than $320,000. 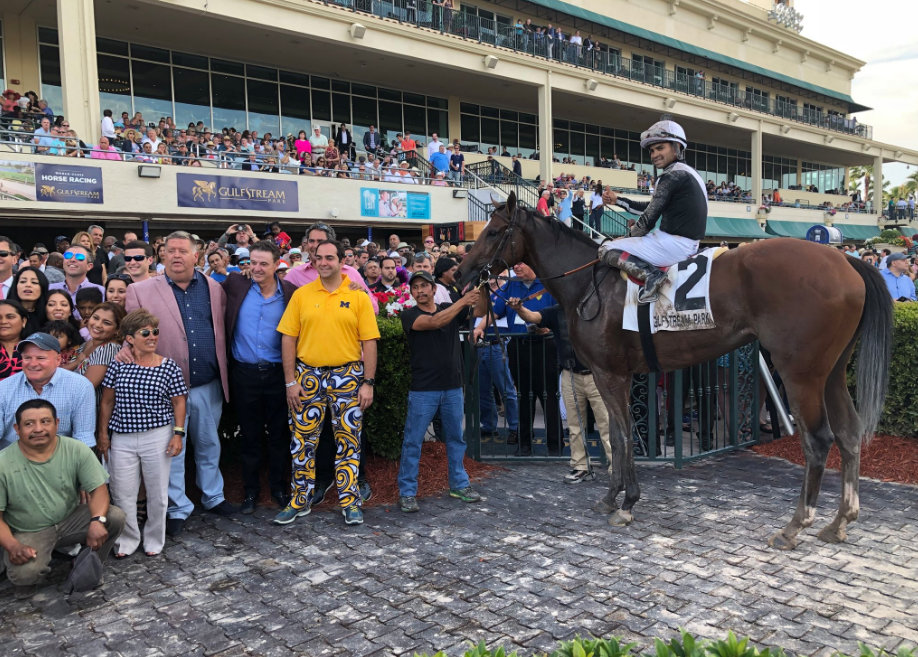 Coach Rocks in the winner’s circle a year ago this week after her victory in the Grade 2 Gulfstream Oaks. The previous March, she went through the Fasig-Tipton Gulfstream sale.