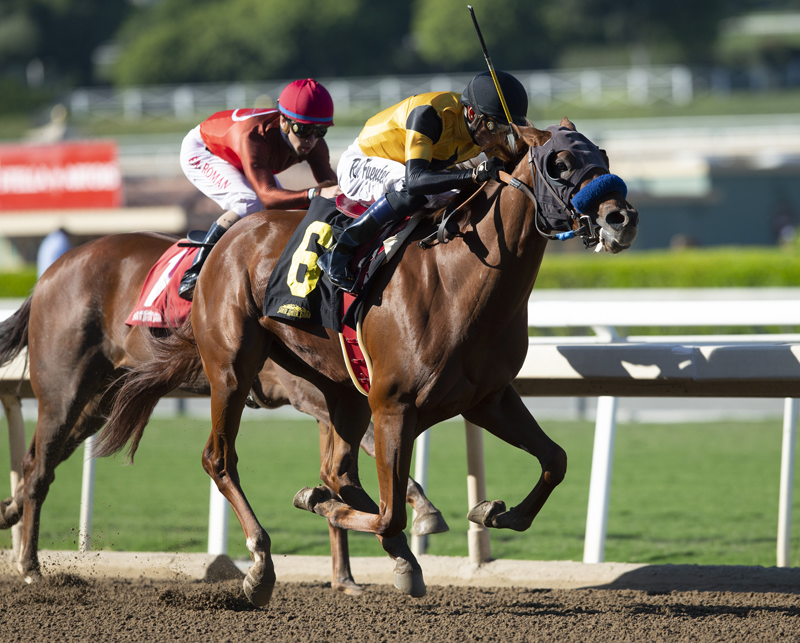 Cali Dude showed talent and tenacity in a debut victory on Saturday at Santa Anita Park that could pave his way to a stakes appearance during Breeders’ Cup weekend.

The 2-year-old gelding led throughout the 6 1/2-furlong event for Cal-breds and held on gamely in the stretch for jockey Ruben Fuentes, edging away late to win by a length and a quarter.

John Sadler trains Cali Dude, who was West Point’s lone purchase in the Fasig-Tipton June sale of two-year-olds in training.

“He showed a lot of professionalism,” Sadler said. “This guy has been a nice addition to our barn; he doesn’t do much wrong.“