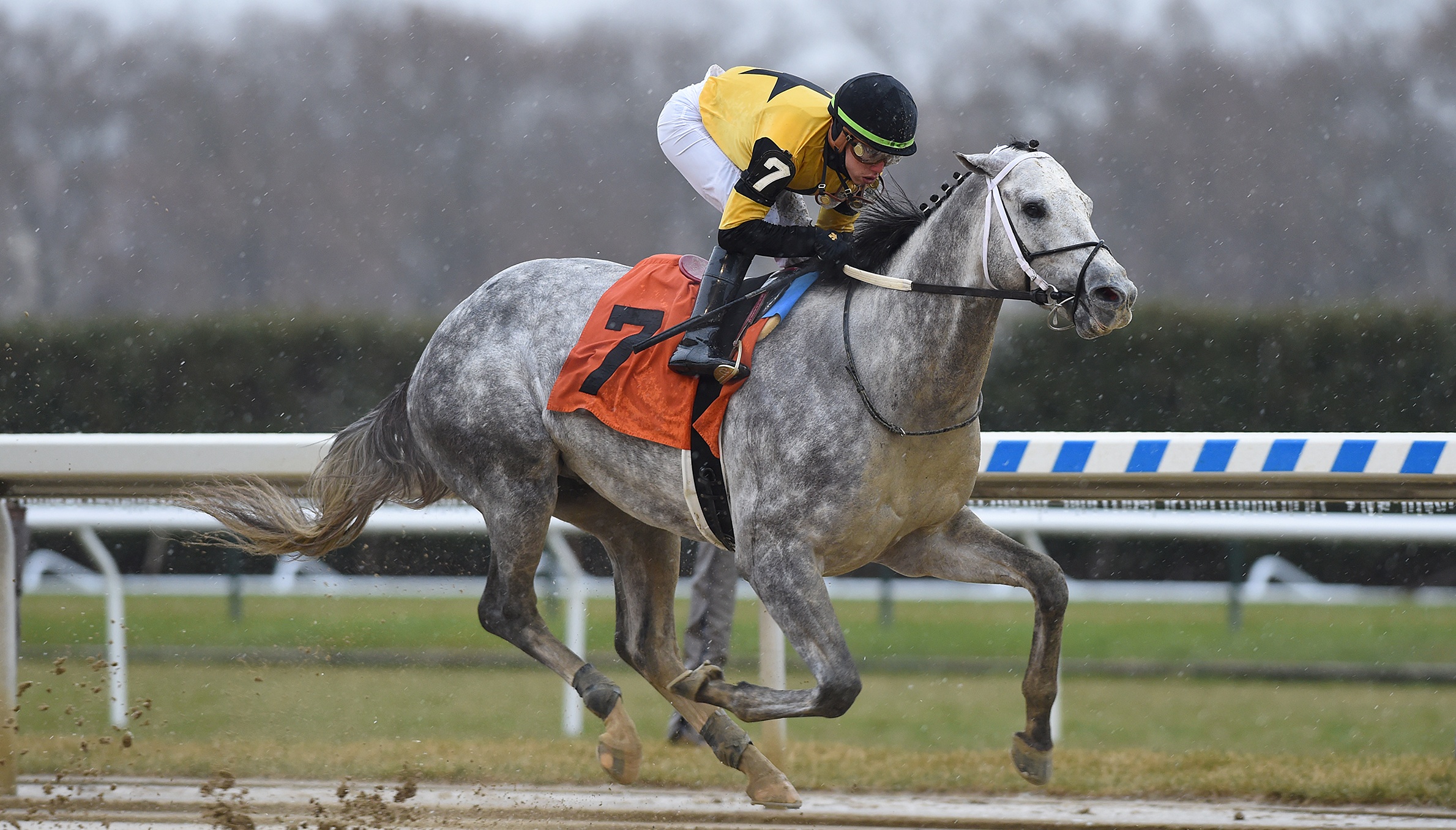 Chestertown splashing to victory at Aqueduct.

Like a classic Thanksgiving feast, West Point relished a bit of just about everything in collecting three wins over the holiday weekend.

There was a high-profile 2-year-old in Chestertown, who aced his second career start Sunday in New York. A few hours later, stakes winner Seven Trumpets put a bow around the Churchill Downs season with a sharp victory in an $105,000 sprint. Meanwhile, Room to Finish kicked off a new meet in New Orleans on Friday when she pounced for a turf score for older fillies and mares.

Chestertown had some good fortune on his side at Aqueduct when he powered through sleet and a sloppy racetrack to win by 2 3/4 lengths under a hand ride from jockey Irad Ortiz Jr. A few minutes later, the jockeys voted to call off the rest of the racecard due to the deteriorating conditions. Steve Asmussen trains Chestertown, who was the OBS March sale-topper and moved forward stretching out to a mile second time out.

Room to Finish, racing for the first time since an August victory in Chicago, showed the benefits of a nice break designed to freshen her up for the Fair Grounds meet in her native Louisiana. She was on top of her game against open company in Friday’s allowance, rumbling home in the stretch under jockey Shaun Bridgmohan for trainer Wayne Catalano. Room to Finish will now set her sights on the $100,000 Ladies Turf Stakes on Louisiana Champions day on Saturday, December 14.