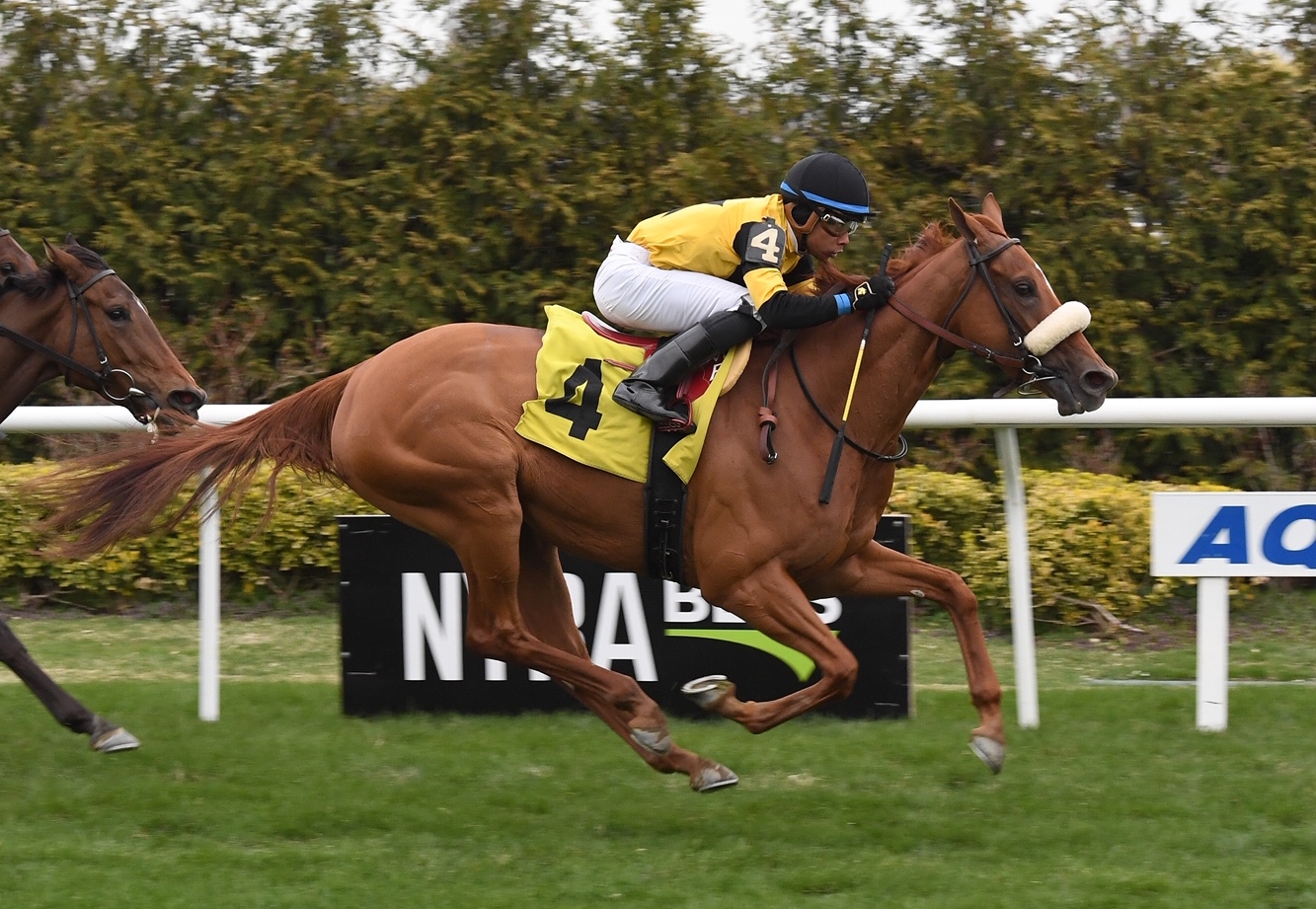 Chipolata began her 4-year-old season in fine fashion with a sharp win and will now get a chance to nail down a Graded stakes triumph on Saturday in the $200,000, Grade 3 Beaugay Stakes at Belmont Park.

On April 11, the French-bred filly circled the field 5-wide with a fleet stretch rally and drove away to score by 1 1/4 lengths in a 9-furlong, $77,000 allowance. Trainer Christophe Clement had the choice between stretching her out to 11 furlongs in last Saturday’s Grade 2 Sheepshead Bay or a slight reduction in distance to 8 1/2 furlongs in the Beaugay, which he found more appealing. The Frenchman Clement has won the Beaugay four times, including one of his first significant victories in the U.S. way back in 1994.

“I’m excited to see her run on Saturday,” Clement said. “I know it’s ambitious, but I think it’s the right place and the right time to be ambitious. I would have preferred to run her a mile-and-an-eighth or more, but we can’t always choose. She looks well. She looks powerful, strong. Good gloss. Let’s go!”

Eric Cancel replaces Manny Franco on Chipolata, as Franco is unavailable while serving a suspension for a riding infraction. Cancel, a protege of Hall of Fame jockey Angel Cordero Jr., has already piloted two stakes winners for Clement this spring since grass racing resumed in New York.

Chipolata kicked off her U.S. career at Belmont last summer with a third-place finish in the $1-million, Grade 1 Belmont Oaks. She won twice in France for trainer Nicolas Clement, Christophe’s brother, and owner-breeder Hubert Honore, who sold a portion of the filly to West Point and Rob Masiello prior to the Oaks..

In the Beaugay, she will take on a fellow four-year-old filly, Competitionofideas, who will be racing for the first time since prevailing with a similar, last-to-first rush in the Grade 1 American Oaks going 10 furlongs at Santa Anita on December 28. Competition won two shorter races on the Belmont turf last fall for trainer Chad Brown and owner Seth Klarman.

Brown also will send out Homerique, a French import like Chipolata, for her U.S. debut. Homerique finished third in the Group 1 French Oaks and Prix de l’Opera last term.