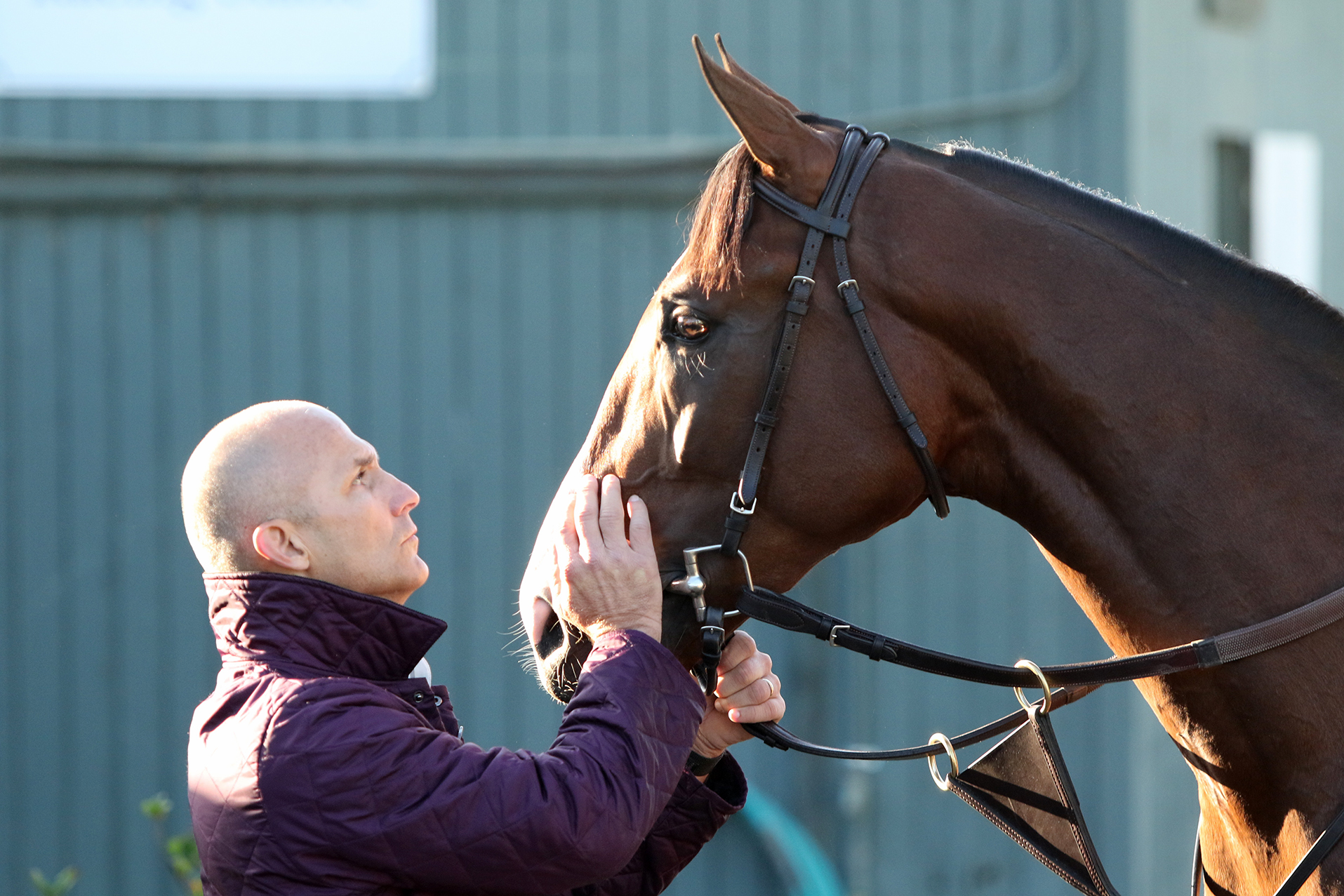 Decorated Invader at Santa Anita with Terry Finley on Tuesday.

Decorated Invader drew beautifully with post position four in a full field and is listed at 4-to-1 for Friday’s Grade 1 Breeders’ Cup Juvenile Turf at Santa Anita.

Decorated Invader is the only Grade 1 winner in the cast of 14. Chief competition on paper comes from a familiar place, the Ballydoyle yard of Irish trainer Aidan O’Brien, who has won this race four times in 12 editions. O’Brien accounts for the 5-to-2 morning-line favorite, Arizona, coming off a second-place finish in the Group 1 Dewhurst Stakes to Europe’s likely juvenile champion Pintaubo.

West Point Thoroughbreds will have support from roughly 150 Partners in attendance at Santa Anita!