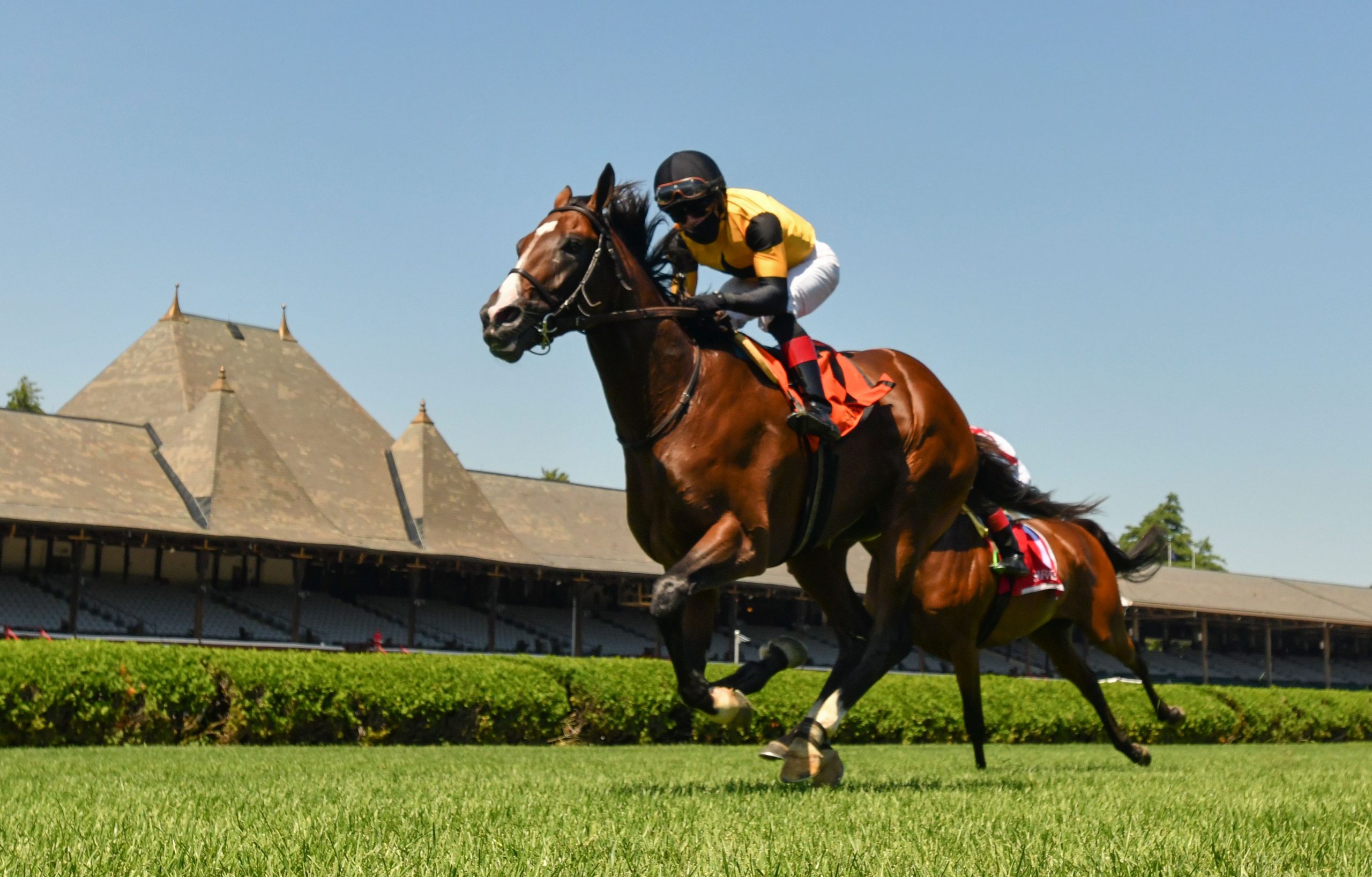 Decorated Invader has staked his claim at the top of the three-year-old turf division and now he gets the chance to prove it in stiff company and in front of a network audience on Saturday in the $500,000 Saratoga Derby. The race will air live on NBC beginning at 5 p.m. Eastern.

The star colt has kicked off his season with three straight stakes wins, the latest coming on July 18 in the Grade 2 National Museum of Racing and Hall of Fame Stakes over the course at Saratoga. He is the 7-to-5 favorite in a field of eight for the 9 1/2-furlong Saratoga Derby.

Although Decorated Invader is the only Grade 1 winner, this is a deep group, with trainer Christophe Clement also sending out multiple stakes winner Gufo, Field Pass coming in off stakes wins at Keeneland and Churchill Downs, and Colonel Liam exiting a fast allowance win in his turf debut.

“I’m very happy with how he’s been training. He looks great,” Clement said of Decorated Invader. “He’s been training with Gufo and they continue to work well and help each other.”