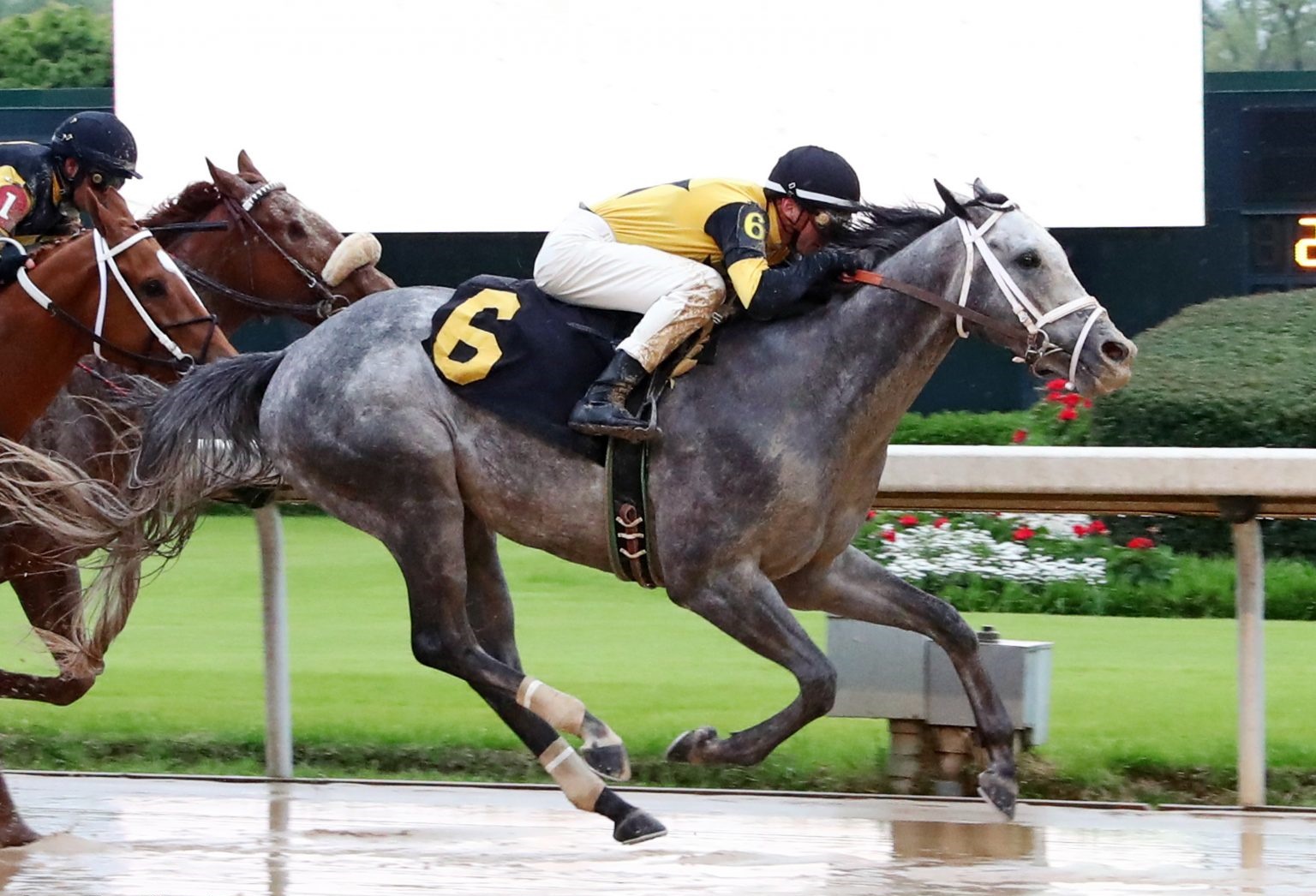 Winning Impression, 19th in the current standings for the Kentucky Derby, is confirmed for the 146th Run for the Roses at Churchill Downs on Saturday, September 5.

The Paynter gelding will be a big longshot but that is nothing new for trainer Dallas Stewart, who won the Kentucky Oaks with Lemons Forever at 47-to-1 odds and has finished second in four Triple Crown events: Macho Again in the 2008 Preakness at 39-to-1 for WPT, Golden Soul in the 2013 Kentucky Derby at 34-to-1, Commanding Curve in the 2014 Kentucky Derby at 37-to-1 for WPT, and Tale of Verve in the 2015 Preakness at 28-to-1.

Joe Rocco Jr. has the mount on Winning Impression, who finished first across the wire with Rocco up in an Oaklawn Park allowance race in April, only to be disqualfied for stretch interference.

Winning Impression was a $77,000 purchase at the 2019 OBS April sale of two-year-olds in training.

Winning Impression as a 2-year-old at OBS: