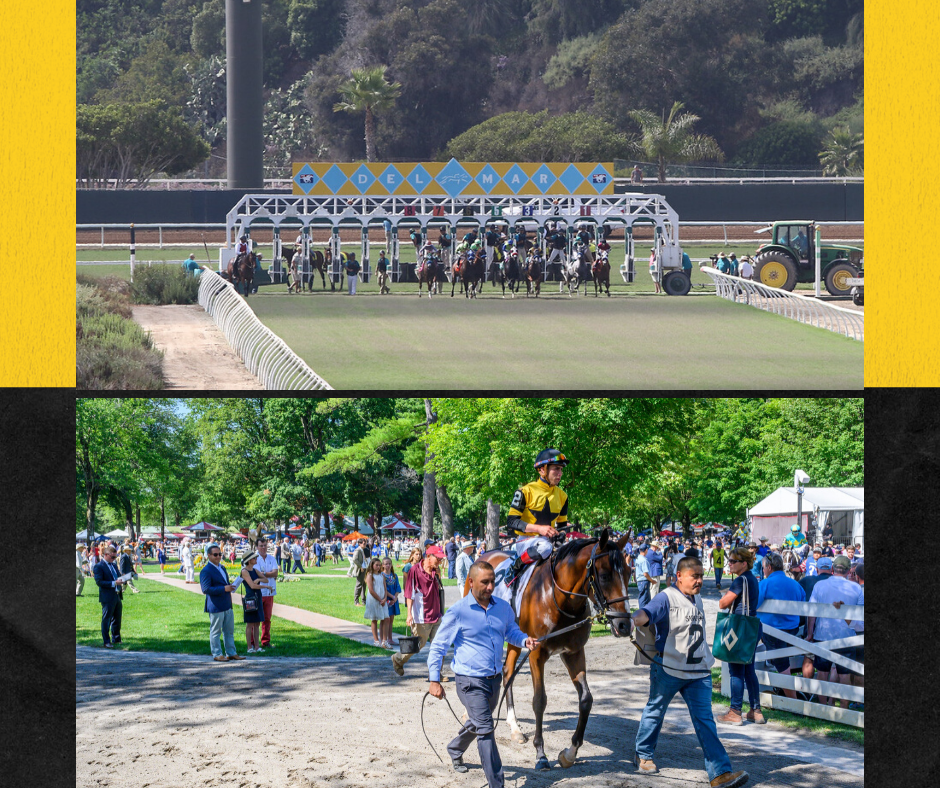 Everything else may be different but the racing will be tremendous just like usual at Del Mar and Saratoga this summer, and the WPT roster will be busy in both places beginning this weekend where the Turf Meets the Surf.

Three-year-old fillies Bristol Bayou and Resarcio will both carry the black and gold silks for trainer John Shirreffs in Del Mar’s Saturday nightcap, a mile maiden special weight on the turf. Resarcio, coming off two close third-place finishes, is the 4-to-1 second choice with jockey Brice Blanc. Bristol Bayou, at 8-to-1, will be stretching out in distance for jockey Victor Espinoza.

Saratoga Springs, New York, is home base for West Point Thoroughbreds and Chestertown will be an appropriate representative at the Spa on opening day Thursday in the Grade 3 Peter Pan Stakes, with points on the line for the Kentucky Derby. Chestertown was bred and raised about an hour north at co-owners Chester and Mary Broman’s Chestertown Farm.

Also on deck is Untamed Domain for Del Mar on Friday, July 17, returning to the course where he finished second in the Grade 1 Breeders’ Cup Juvenile Turf in 2017.

And on Saturday, July 18, Decorated Invader will carry his hot streak to Saratoga for the Grade 2 National Museum of Racing and Hall of Fame Stakes. Decorated Invader broke his maiden on the grass at Saratoga last summer and promptly became a Grade 1 winner in the Summer Stakes at Woodbine in September. He is perfect in two races this year, winning the Cutler Bay Stakes at Gulfstream and drawing off to a 4 3/4-length triumph in the Grade 2 Pennine Ridge Stakes last month at Belmont Park.

Stakes on the agenda at Del Mar include Galilean in the California Dreamin’ on July 26 and Hard Not to Love pursuing her second Grade 1 victory in the Clement L. Hirsch on August 2.