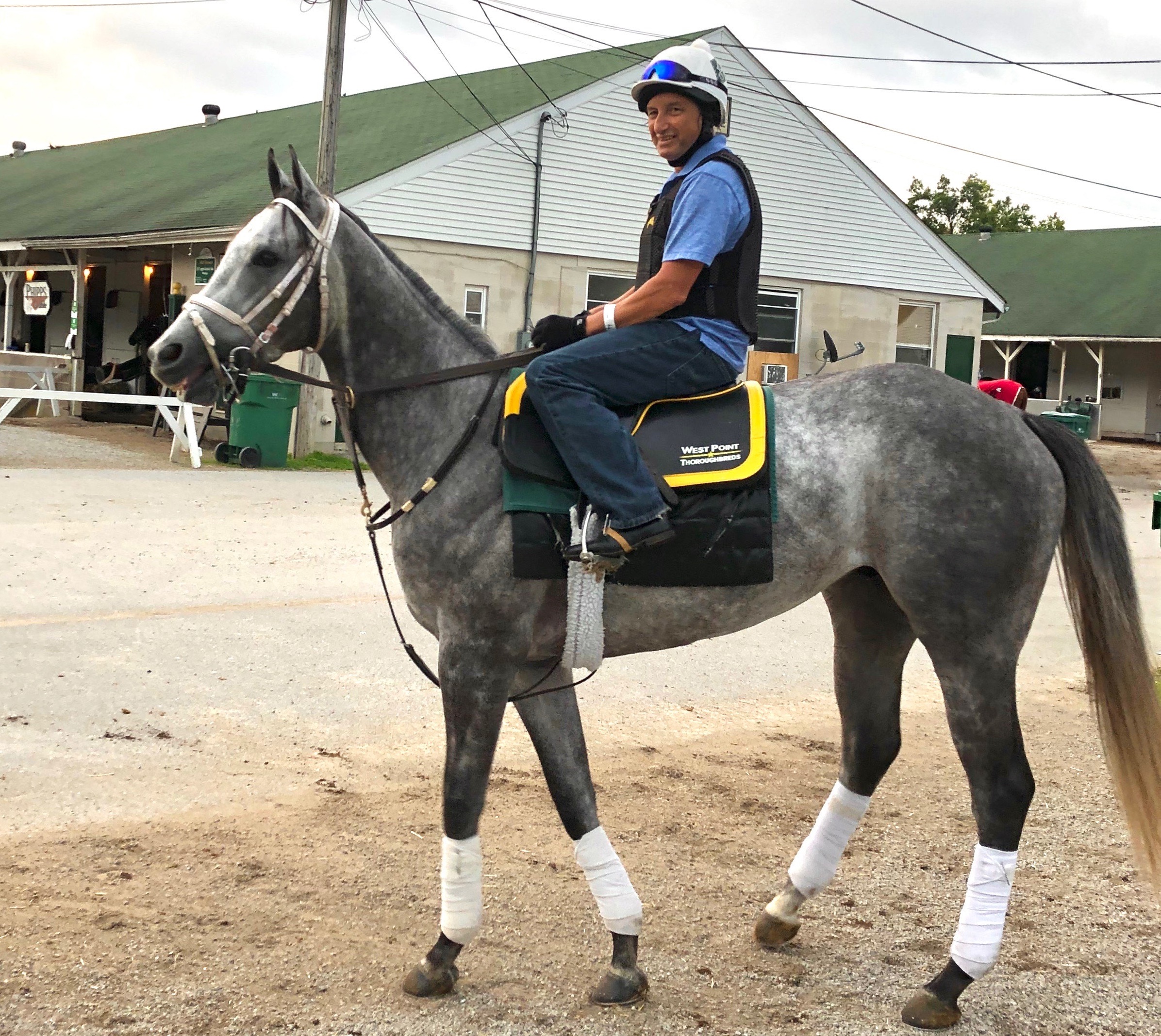 Winning Impression is the 3-to-1 favorite in the program for Wednesday’s $300,000 Indiana Derby, shooting for a marquee win and to pad his credentials for the Kentucky Derby.

Purchased at the 2019 OBS spring sale for $77,000, Winning Impression owns 10 qualifying points for the Kentucky Derby based on his fourth-place finish in the Arkansas Derby. Julien Leparoux has the return call in a field of 10.

The Indiana Derby will be run on a Wednesday evening for the first time this year. Three days later, the $600,000, Grade 2 Blue Grass Stakes will be renewed at Keeneland about three hours east of Indiana Grand. Trainer Dallas Stewart and WPT have been keeping a close eye on the Blue Grass field as well and will decide in coming days whether to cross-enter the gray Paynter gelding. The top four finishers in the Blue Grass will receive 100-40-20-10 points for the Kentucky Derby, while the Indiana Derby’s qualifying points are 20-8-4-2.

Winning Impression has worked six times at Churchill Downs since moving north shortly after the Arkansas Derby on May 2.

West Point has another Graded stakes entry on Saturday with Miss Peppina, who is part of a field of five three-year-old fillies set to go seven furlongs in the Grade 3 Victory Ride Stakes at Belmont Park. Manny Franco has the call for trainer Gary Gullo.

Miss Peppina returns to stakes action after finishing fourth in the Grade 1 Spinaway and Grade 2 Adirondack at Saratoga last summer as a 2yo.