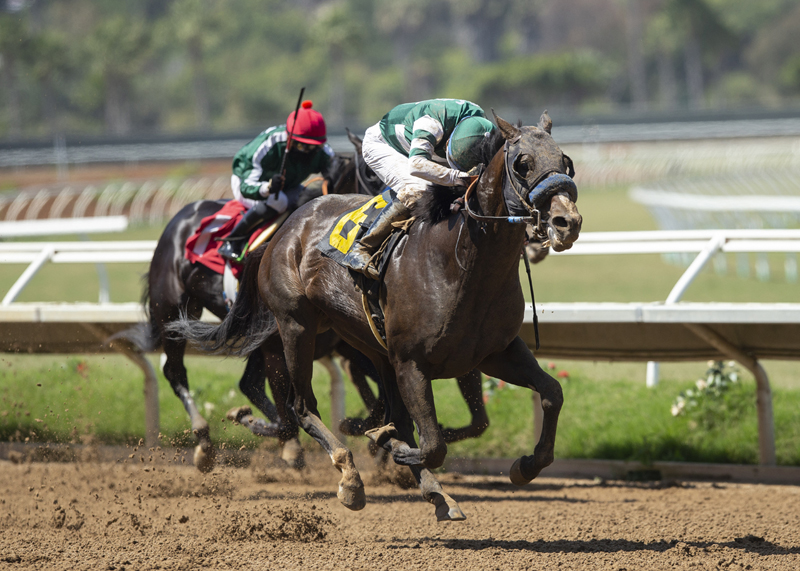 Divine Armor put a long string of bad luck behind him with a powerful rally to circle the field and win going away at Del Mar in a mile maiden special weight.

Divine Armor had been stuck on the also-eligible list and forced to scratch four times dating back to a second-place finish by a neck on February 22 at Santa Anita.

Jockey Tiago Pereira said, “I didn’t think we would be so far back but when I asked him, I had a ton of horse. All I had to do was guide him.”

Trainer John Sadler said, “We were further back than I thought we would be but he really kicked in. Very proud of him. He is a much better horse on the outside.”