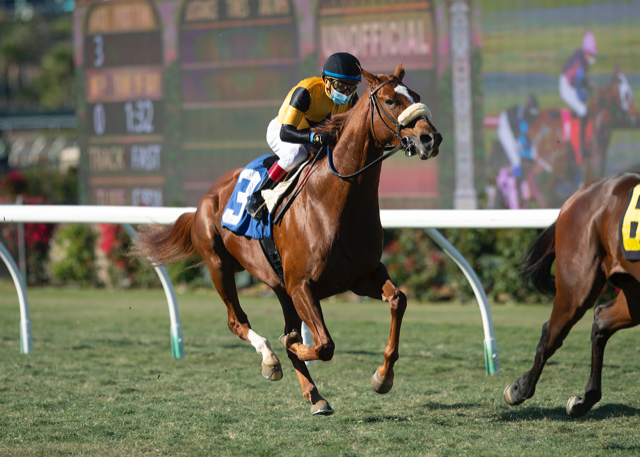 The step up comes after what may have been a career-best performance when the chestnut mare ran second in the Grade 2 Goldikova Stakes on October 29.

England’s Rose didn’t make the races until the summer of 2020 as a 4-year-old. At 5, she broke her maiden, scored a win over the Del Mar course, and became a stakes winner in October 2021 at Santa Anita. This year she owns Graded stakes placings over the Matriarch’s mile distance in both the Goldikova and the Grade 3 Wilshire Stakes.