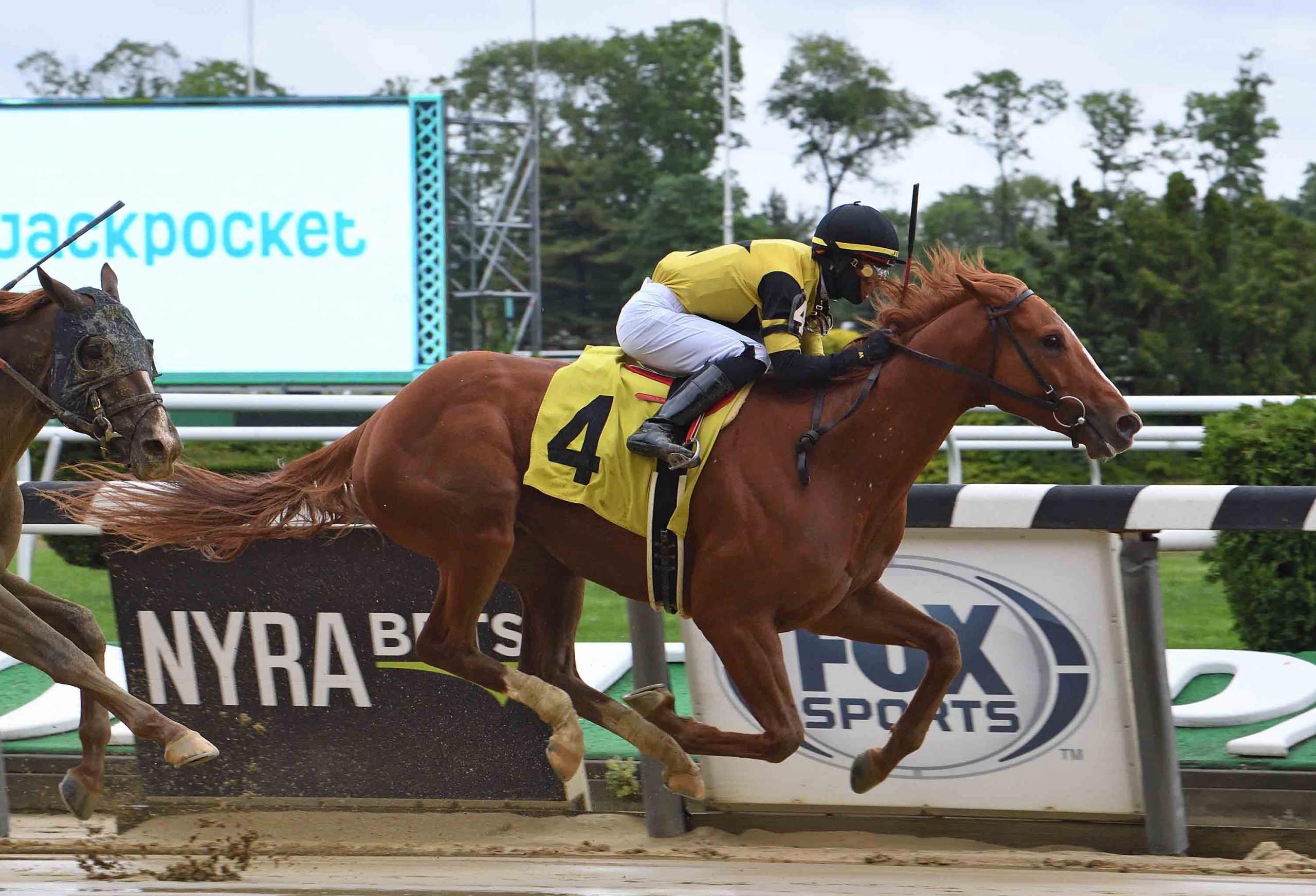 A sale topper as a yearling and sparkling debut winner on April 24, First Captain showed that he is all racehorse on Saturday when he battled back after being passed and drew away to a second straight victory at Belmont Park.

The Curlin colt out of the Graded stakes-winning mare America garnered the “Rising Star” designation from the Thoroughbred Daily News.

The chart comments for First Captain went as follows for the “a other than” allowance for 3-year-olds and up, contested on a sloppy track: was asked outside the quarter-pole then led under into the stretch under increasing urging, lost the advantage to HOMETOWN at the three-sixteenths, was forced in by that foe at the furlong marker, came back to get the lead inside the sixteenth-pole then … prevailed in the end.”

Hall of Fame trainer Shug McGaughey said, “I thought it was a heck of a race, for a 3-year-old facing older horses and having raced just the one time, getting down on the inside and coming back to win and really drawing away. Showed he is a real racehorse.”