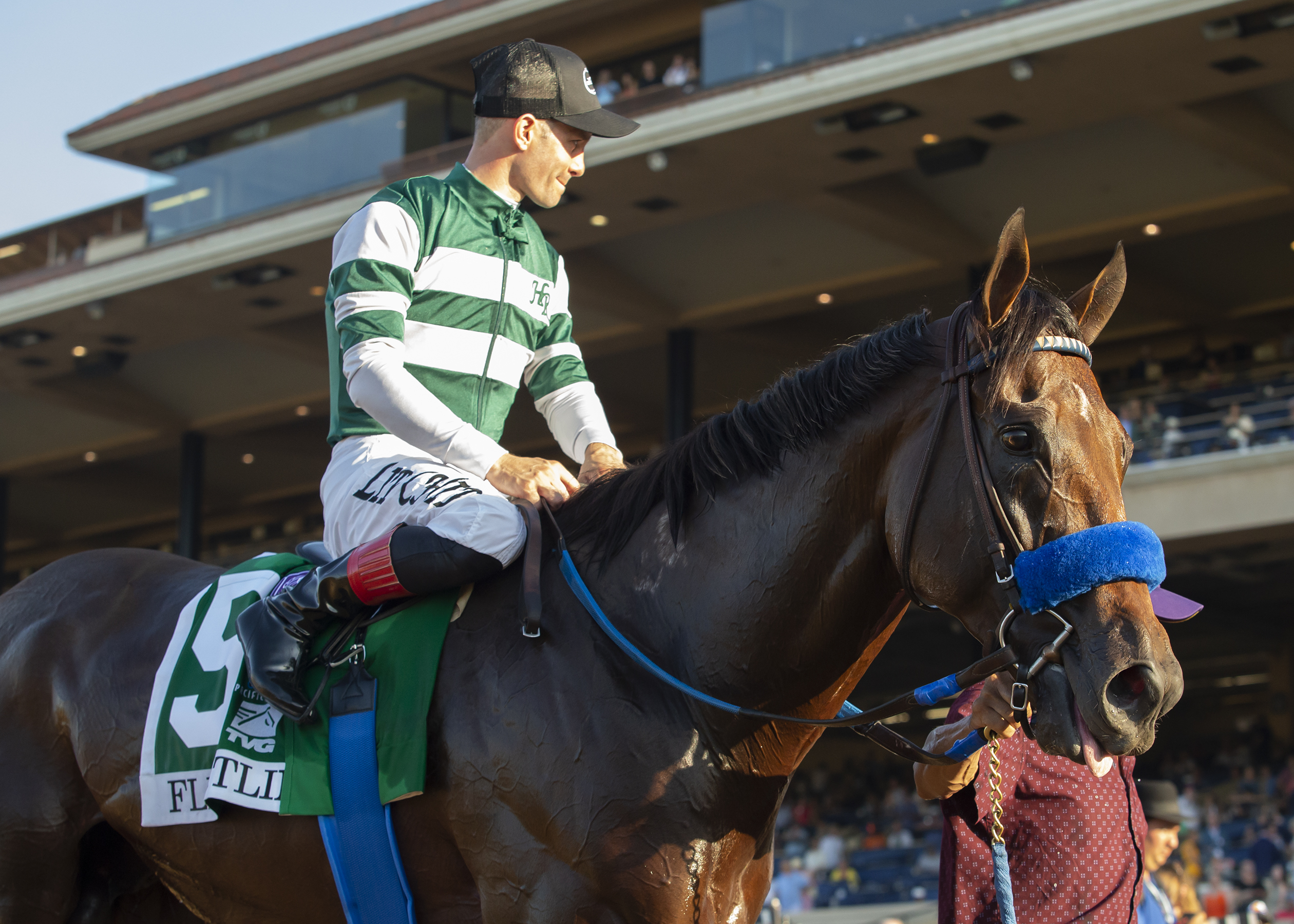 Flightline moved from Del Mar back to Santa Anita this week while his future stud home was confirmed, as was his standing atop the Longines World’s Best Racehorse Rankings.

The overwhelming winner of the Grade 1 Pacific Classic Stakes on September 3, Flightline garnered a 139 rating that is the second-highest in the history of the world rankings and the best ever for a dirt horse. The mark is only one point below Frankel’s benchmark rating of 140 under the current system. Previously, the highest rating given to a dirt horse was the 135 achieved by Hall of Famer Cigar in 1996.

On Monday, Lane’s End Farm made the official announcement that Flightline will stand at the world-class facility in Versailles, Kentucky, upon the conclusion of his racing career. Flightline will race next in the $6-million Breeders’ Cup Classic (G1) on November 6 at Keeneland, after which a decision will be made on whether he will continue racing in 2023 or head to the breeding shed.

Flightline to Stand at Lane’s End