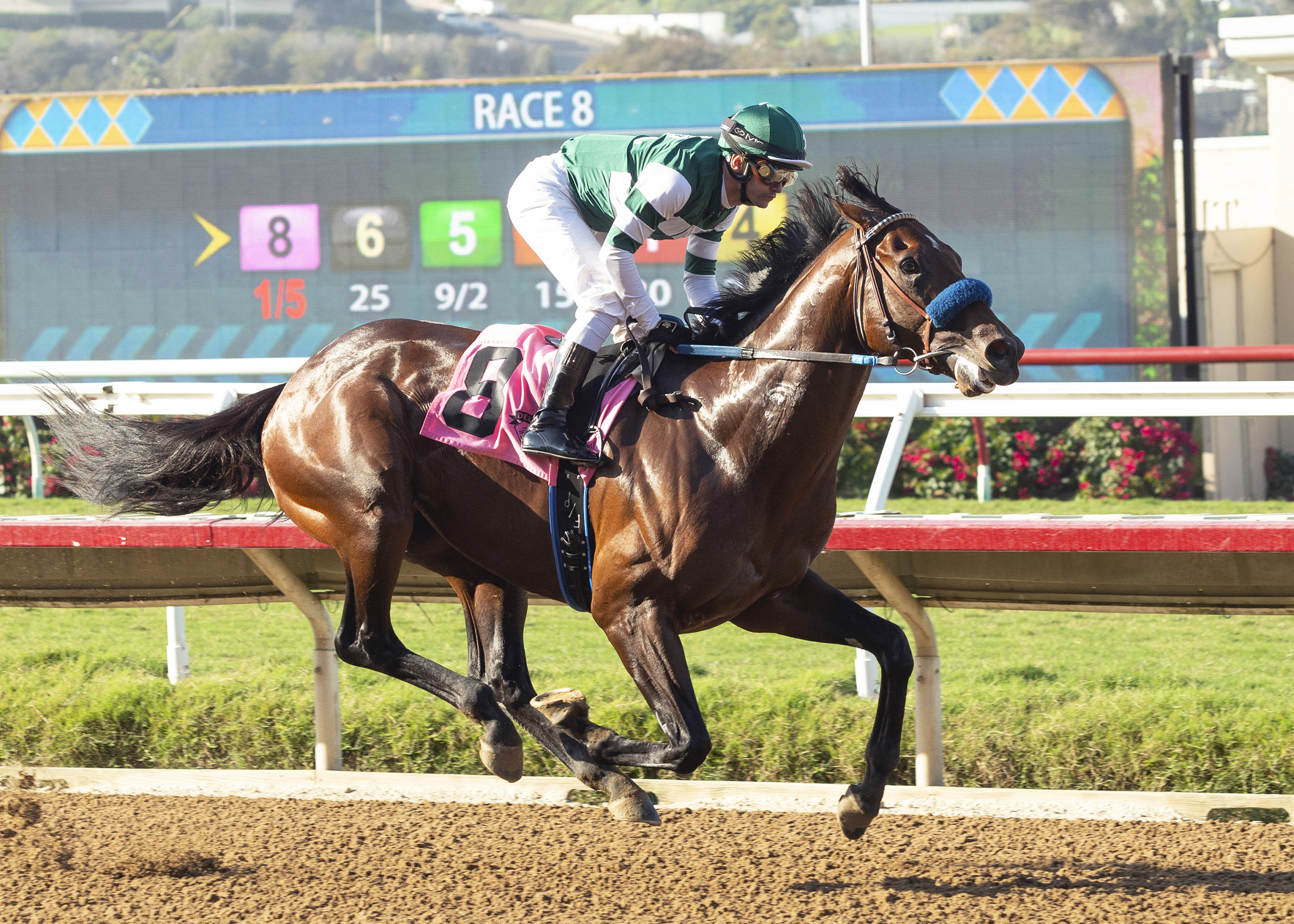 Flightline turned many a head with his scintillating debut in April and his second start proved to be more than worth the wait on September 5 at Del Mar as he again put on a jaw-dropping show.

Powering away to win 12 3/4 lengths, his 114 Beyer Speed Figure tied for the fastest of any horse at any distance in North America this year.

The 3-year-old Tapit colt out of Feathered, by Indian Charlie, had been given plenty of recovery time after one of the fastest debut performances in racing history. This summer he also was delayed for a short time by an abscess in a foot.

Bet down to 1-to-5 for the return engagement, Flightline delivered a near duplicate with the same kind of trip under Flavien Prat, stalking right off the leader along the backstretch, taking command heading into the far turn and pouring it on under wraps in the stretch.

“We think the world of him, and I’m glad with all the pressure here as the heavy favorite, he ran just to expectations,” said trainer John Sadler, who is looking down the line toward the Malibu Stakes (G1) on December 26 at Santa Anita.

The victory was the third in three days for West Point at Del Mar–England’s Rose scored for trainer John Shirreffs on Friday and Ascot Storm came through on Saturday for the Sadler barn.