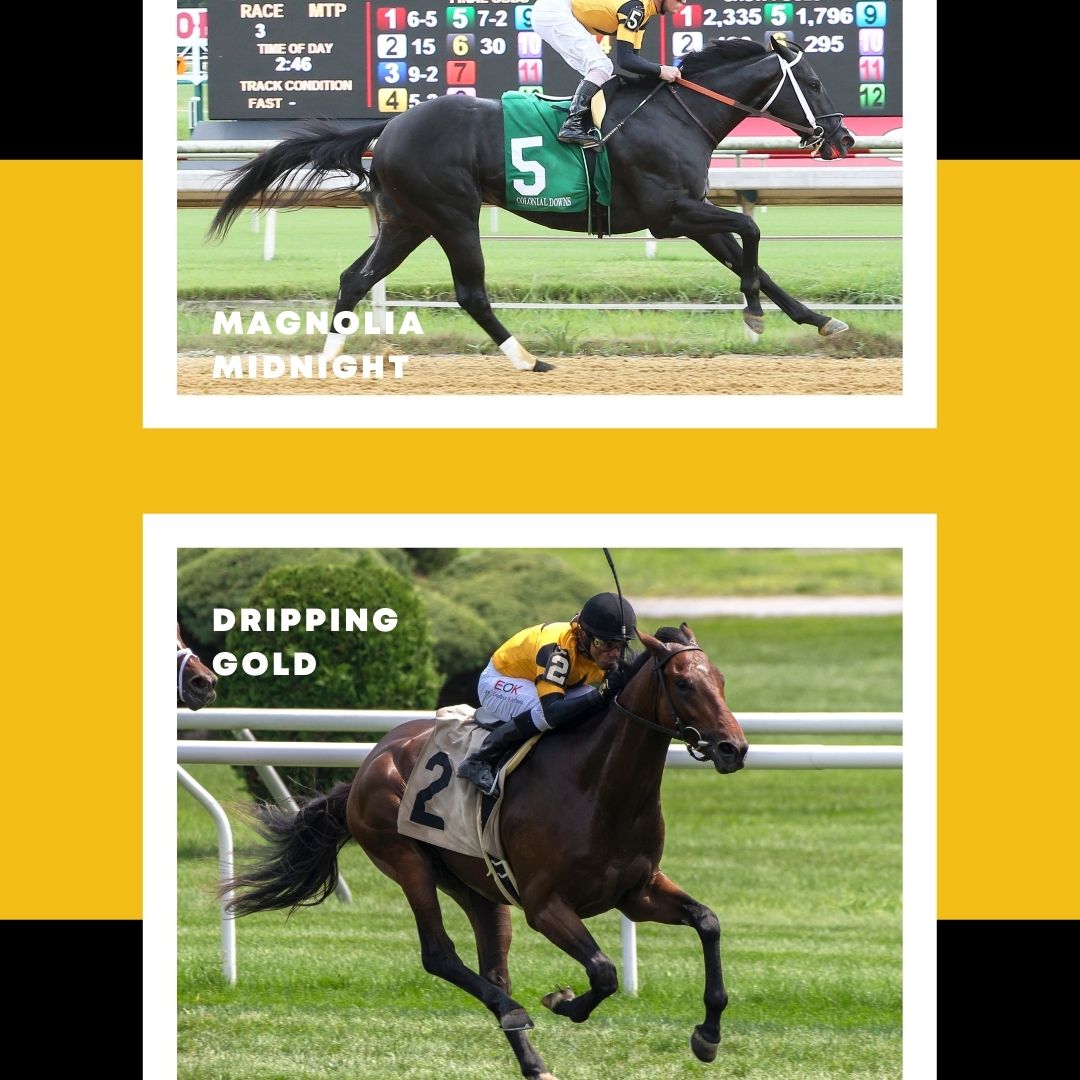 After scoring maiden wins 10 days apart in August, Magnolia Midnight and Dripping Gold both are lined up for big stakes engagements this weekend.

Magnolia Midnight graduated by 7+ lengths on August 17 at Colonial Downs and is back home at Churchill Downs for Saturday’s $300,000 Iroquois Stakes (G3), a Win and You’re In qualifier for the Breeders’ Cup Juvenile (G1) and also the first official prep for the 2022 Kentucky Derby.

Dripping Gold prevailed by 2 lengths in his debut on August 7 at Saratoga and on Sunday he will pursue a third win in the Grade 1 Summer Stakes for West Point Thoroughbreds since 2017. Joel Rosario has the call on Dripping Gold, a son of Lemon Drop Kid, for Hall of Fame trainer Shug McGaughey.

West Point previously captured the Summer, a Win and You’re In prep for the Breeders’ Cup Juvenile Turf (G1), with Untamed Domain and Decorated Invader.