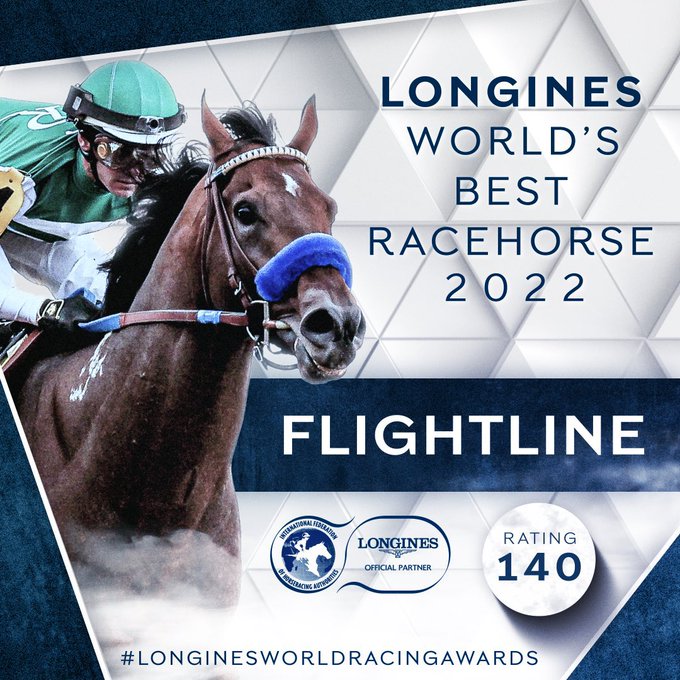 An international coronation came Tuesday in London with West Point’s Terry Finley and trainer John Sadler on hand as Flightline was officially recognized as the World’s Best Racehorse of 2022.

The undefeated colt was rated at 140, tying Frankel in 2012 for the best mark in the 10-year history of the awards presented by the International Federation of Horseracing Authorities. Flightline’s mark is the best for a dirt horse in the rating’s history.

The winning connections were presented with Longines watches as well as a replica of the Longines World’s Best Racehorse vase, named Equus.

Flightline also will be a headliner next week at the Eclipse Awards presentation for America’s champion racehorses, to be feted on Thursday, January 26 in Palm Beach, Florida.

Chris McGrath of the TDN on Flightline 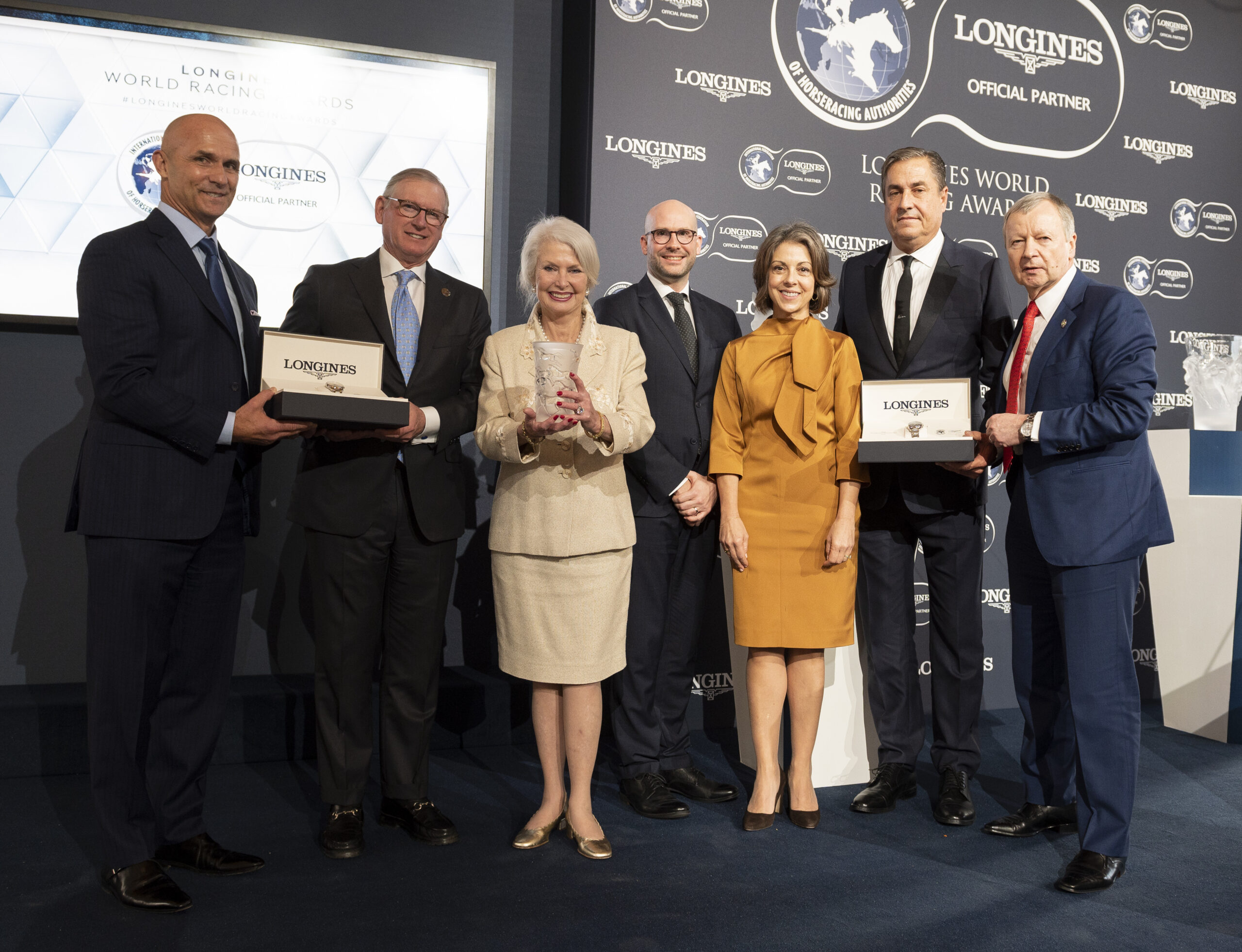 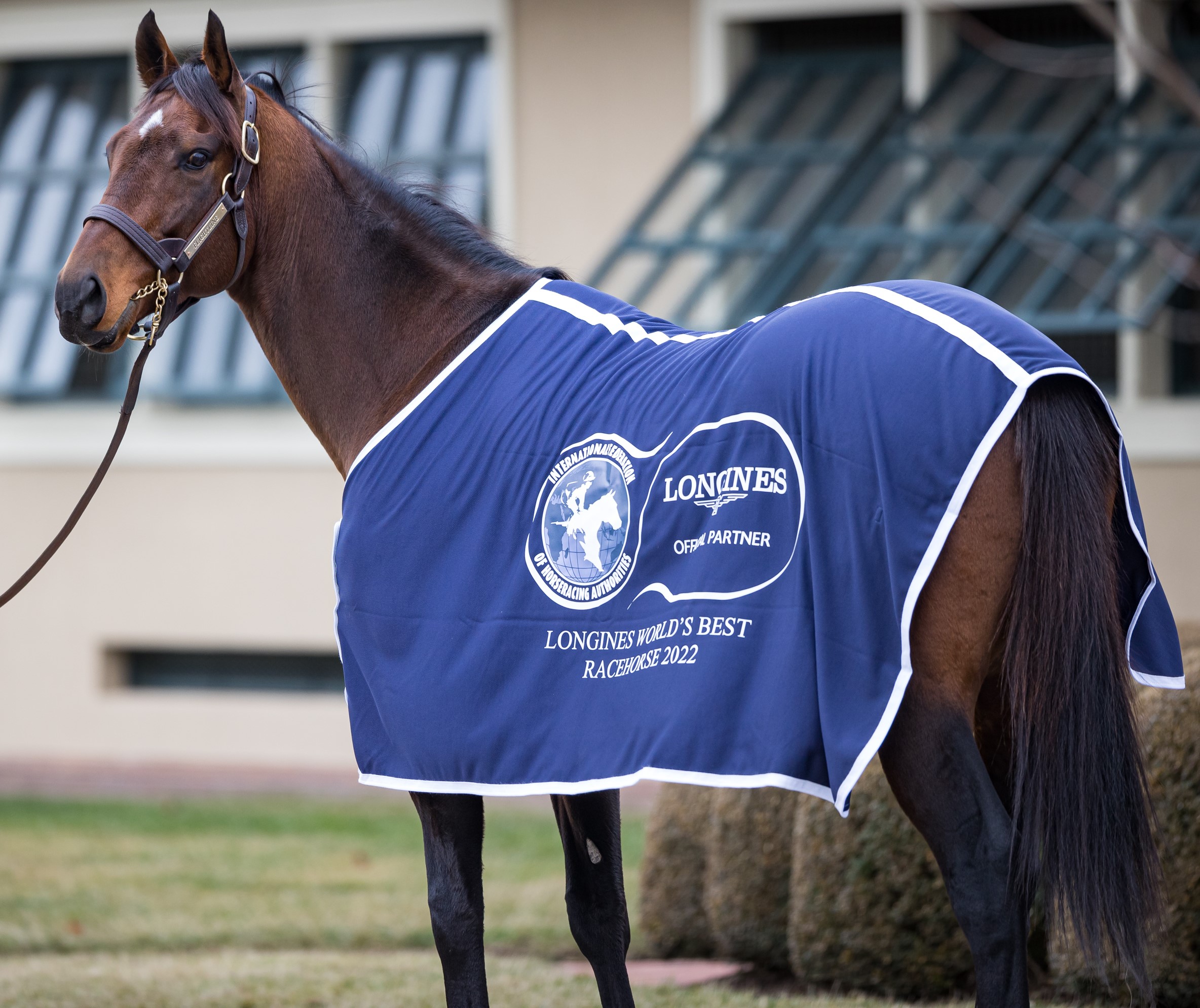