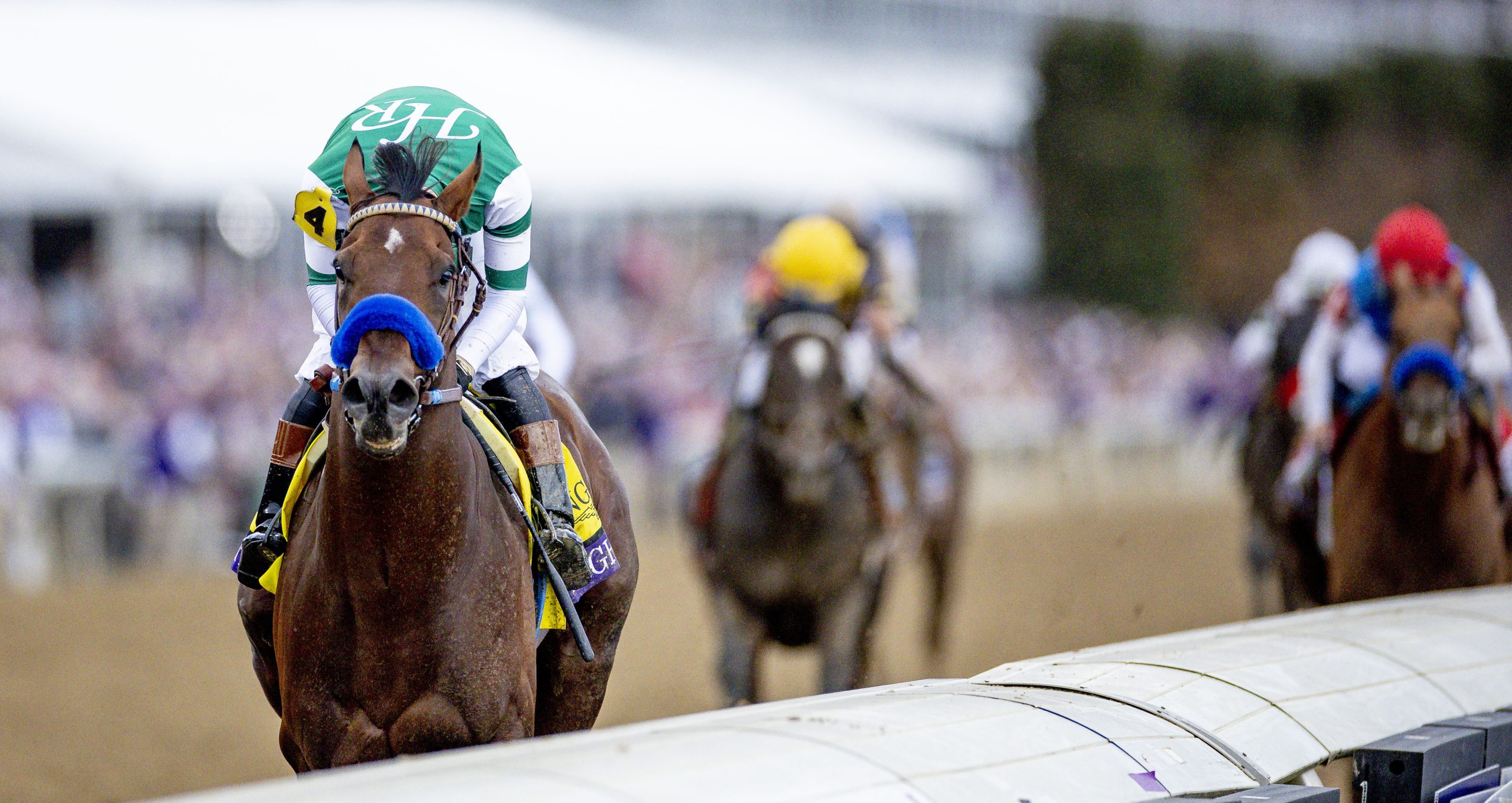 Flightline came through at 2/5 odds and remained undefeated with a resounding triumph Saturday in the $6-million Breeders’ Cup Classic (G1) at Keeneland, cementing championship honors and a lofty place in racing history.

The 4-year-old colt improved to 6-for-6 in his career, with a combined winning margin of 71 lengths and not even a hint of a blemish. He was never touched with the whip in his career.

The Classic unfolded with Life Is Good setting a hot pace and Flightline right on his flank. After a mile in 1:34.58 (faster than the final time of the Breeders’ Cup Dirt Mile), Flightline took command and drew away powerfully. He crossed the wire 8 1/4 lengths in front, eclipsing the previous stakes record of 6 1/2 lengths.

“A great win today,” trainer John Sadler said. “He just ran beautiful; just like we thought he could. It’s wonderful when it all works out. This is one of the greatest horses of all time.”

An emotional Sadler continued, “I tried to be a good steward for this horse. If you’re good to your horses, they’re good to you.”

Asked to elaborate as he wiped away tears, John said, “It’s the culmination of a life’s work. Most trainers never get a horse like this. It’s just blown me away. I’m feeling very blessed.”

Flightline joined Hall of Famers Cigar and American Pharoah as the only odds-on favorites to succeed in the Classic.

West Point CEO Terry Finley said, “I thought he got tested today. Life Is Good ran better than I thought he was going to run overall. They laid it down. So I’m just delighted, especially for the horse.”

Flightline boarded a van Sunday to Lane’s End Farm in nearby Versailles, Kentucky, where he will launch his stud career in 2023 as an incredibly exciting stallion prospect. That was exemplified Monday when a 2.5 percent share in Flightline sold for $4.6-million at the Keeneland November sale.

Fair to say that the experience with Flightline has been priceless.

NBC: In Crowning Moment, Flightline Delivers Race to Remember at the Breeders’ Cup 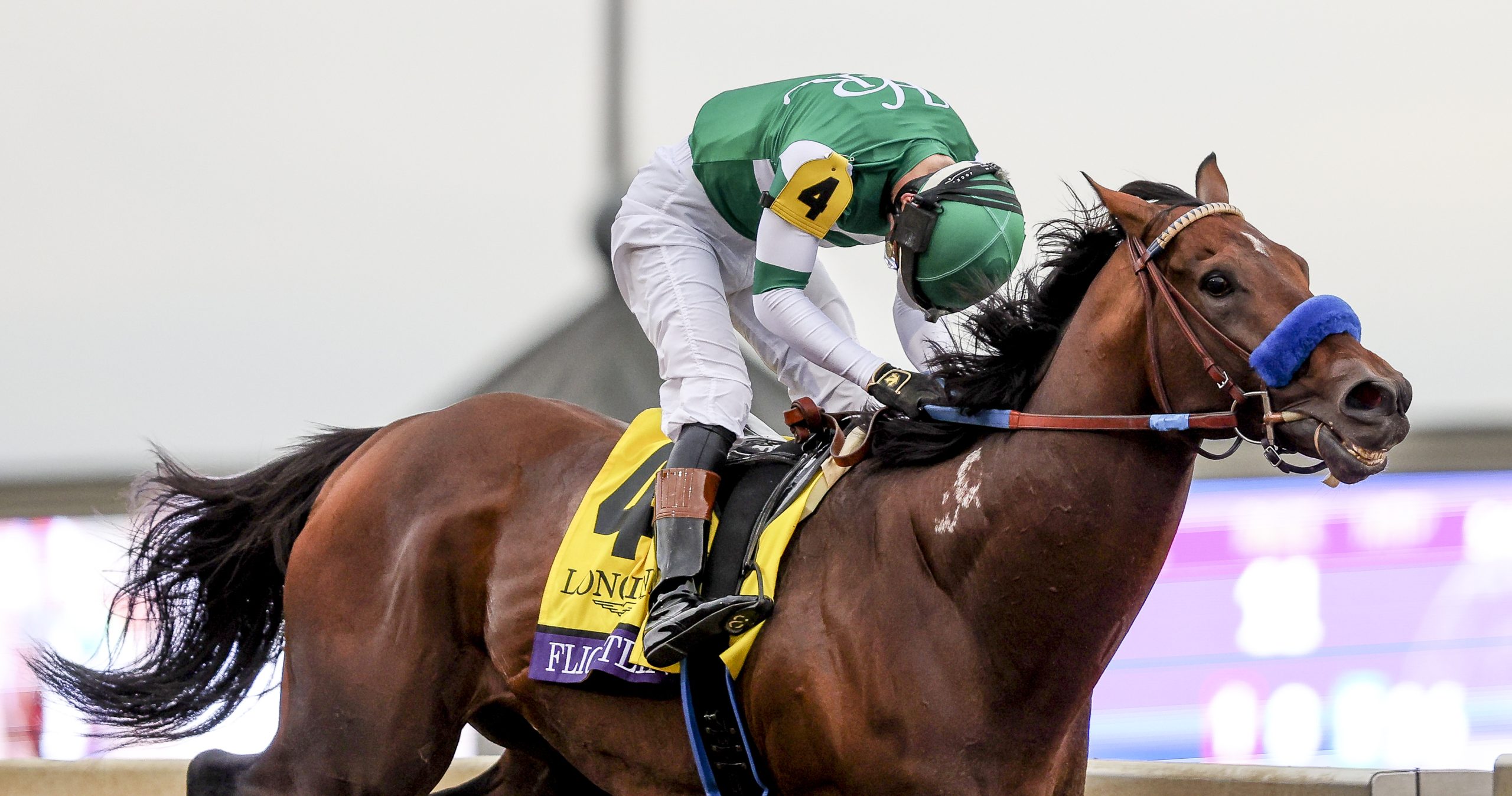 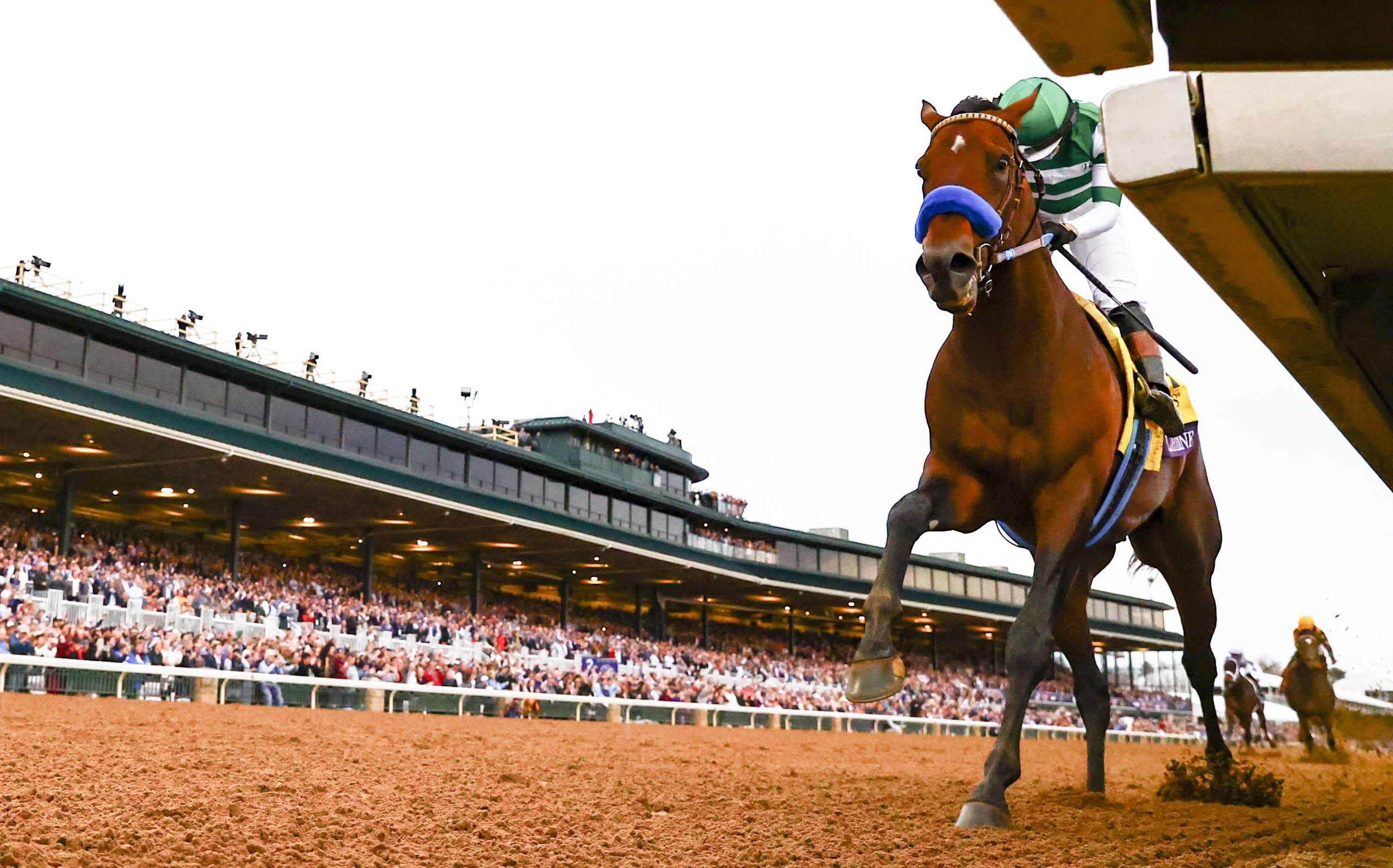