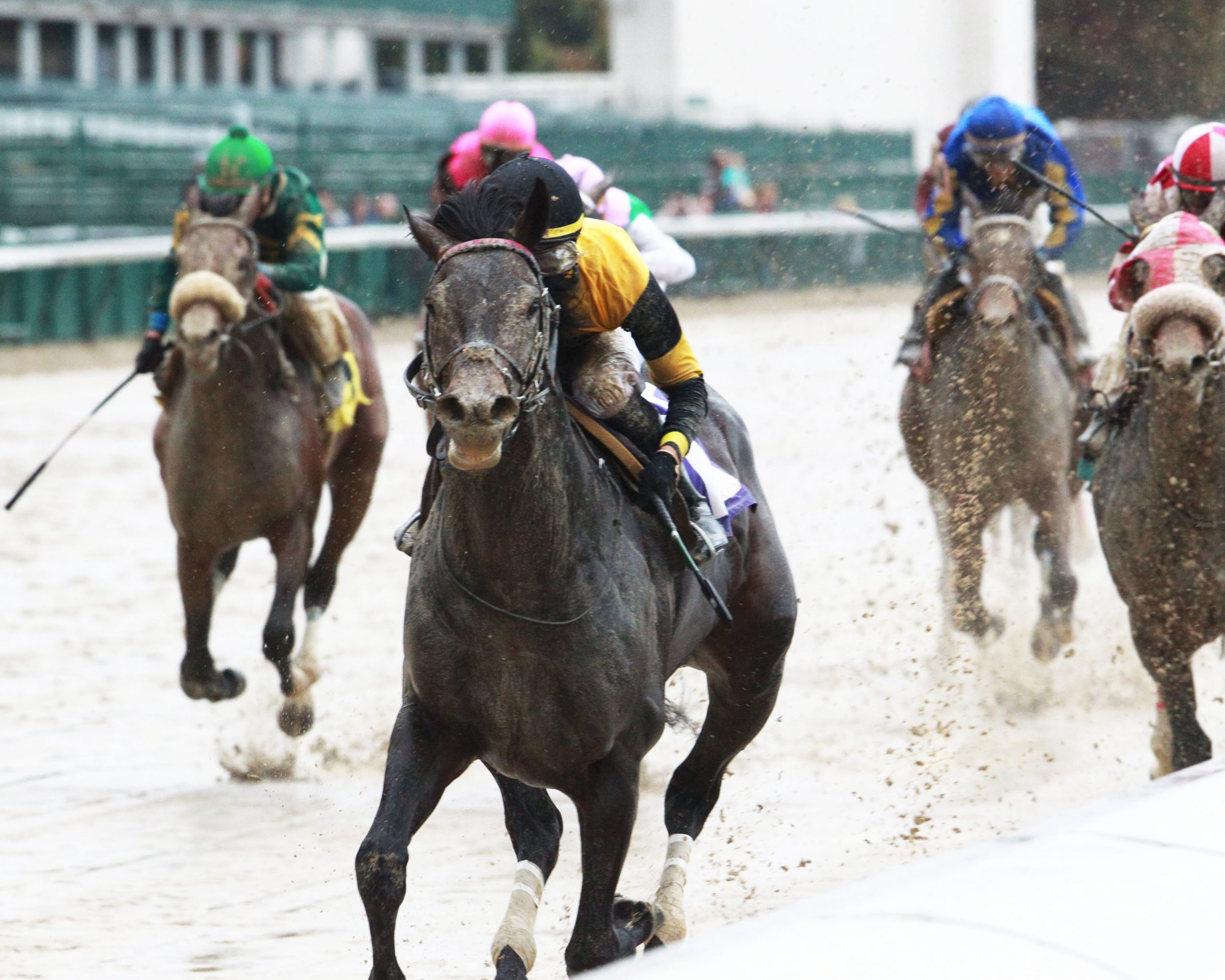 West Point Thoroughbreds, Spendthrift Farm, and Chester Thoroughbreds’ Flying the Flag splashed to victory in a maiden special weight on Thursday at Churchill Downs, kicking off Breeders’ Cup weekend in style. With the strong purse structure at the Churchill Fall meet, he earned $39,060 for the victory.

Trained by Graham Motion, the son of Malibu Moon finished a good second in his debut on October 5 at Laurel. He was entered to run again at Laurel but rerouted to Churchill when the race in Maryland didn’t go.

It’s been a long road for the 3-year-old colt, who after shipping to Florida at the end of last year, contracted a serious lung infection and spent over two months in the clinic followed by several months of rest. Many thanks to Dr. Lisa Fultz and the team at Equine Medical Associates of South Florida, Eddie Woods, and the Graham Motion team for their patience and hard work with him.

West Point Partners from near and far celebrated Flying the Flag’s win beneath the Twin Spires: 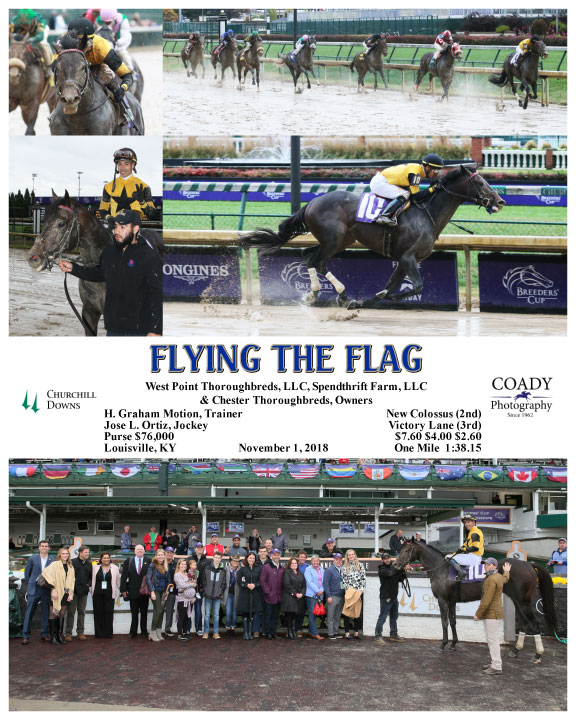