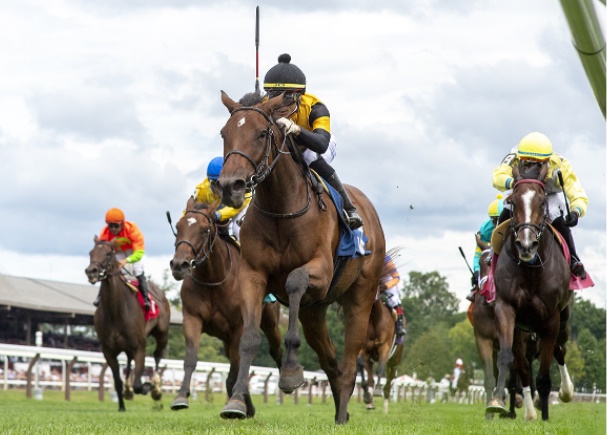 Fortineno, named in honor of her sire Frankel’s 14 and 0 race record, has followed in his hoofprints at least for one race, sweeping to a debut win on a boggy turf course at Saratoga on Sunday.

The Irish-bred filly is West Point’s first son or daughter of Frankel, and she was bet down to 6-to-5 odds for this unveiling for trainer Christophe Clement. Jockey Jose Ortiz said she struggled with the ground but she powered through the conditions to take the lead inside the stretch and win going away by 1 1/4 lengths.

Fortineno joined Dripping Gold as a debut 2yo winner for West Point at Saratoga this meet, both around two turns on the turf.