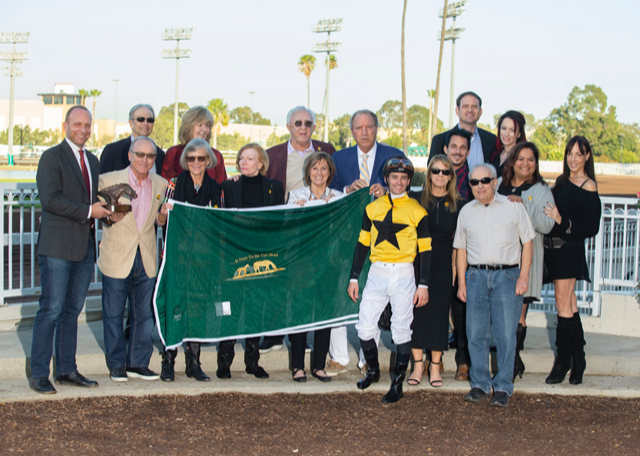 Galilean's Partners celebrate one of his three stakes wins.

West Point Thoroughbreds, Denise Barker, and William Sandbrook’s Galilean was much the best in Sunday’s $100,000 King Glorious Stakes for California-breds at Los Alamitos. Dispatched as the heavy 1/5 favorite, the strapping son of Uncle Mo kicked away in the stretch after setting moderate opening fractions.

West Point Partners celebrated the stable’s 50th win on the year in style and visited their prized colt back at the Jerry Hollendorfer barn after the race. He certainly has his Partners Kentucky Derby dreaming! The effort earned him a division-leading 112 Equibase Speed Figure. 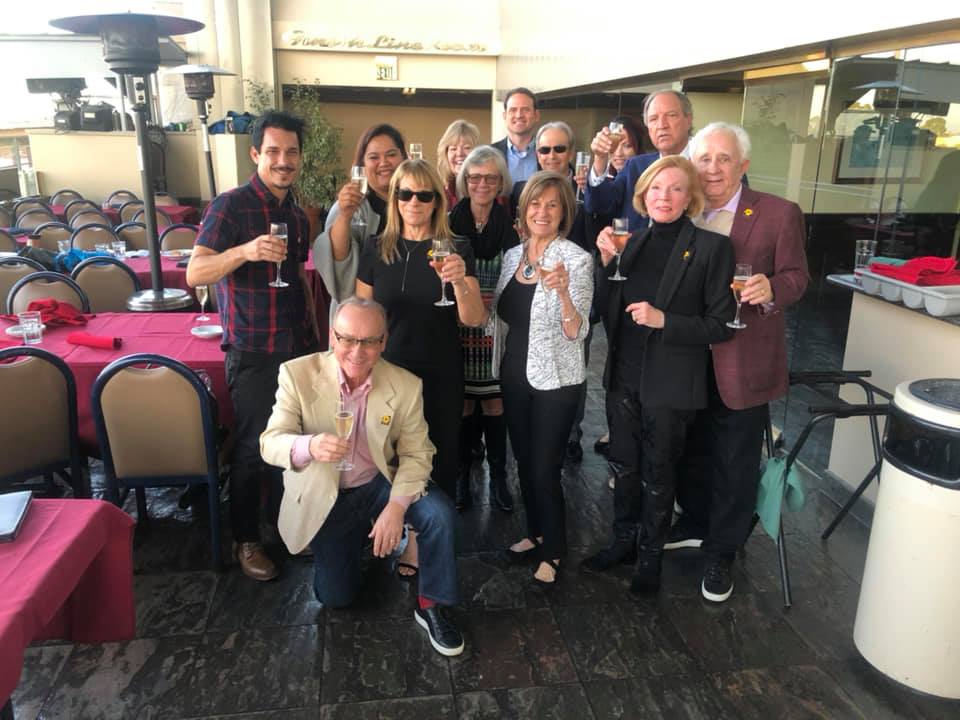 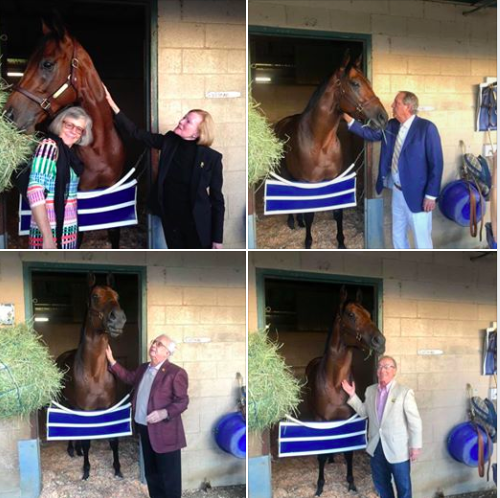 “He broke really sharp and relaxed well for me,” said jockey Flavien Prat. “I was confident he would give me a good kick when I asked him. I hadn’t ridden him before, but I’d watched the replays of his other two races, so I went into this with a lot of confidence.”

Galilean broke his maiden at first asking on September 22 in the Barretts Juvenile Stakes before finishing a game second in the November 3 Golden State Juvenile. The King Glorious was his first try around two turns.

“The fact that he can route makes a big difference,’’ said the Dorf. “He has speed and if we can make him tactical as well we’ll be in a lot better position. I thought (Our Silver Oak) would try to pressure us, but (Prat) rated him well on the front end. He went a pretty slow first quarter and half-mile and a good horse should be able to handle those type of fractions. He asked him a little bit and he got a quick response at the top of the stretch. We’re taking one step at a time with him.’’

The West Point buying team purchased Galilean from Eddie Woos at the Barretts April 2-Year-Old in Training Sale. He’s out of the El Prado mare Fresia and from the same female family as top sire Smart Strike.