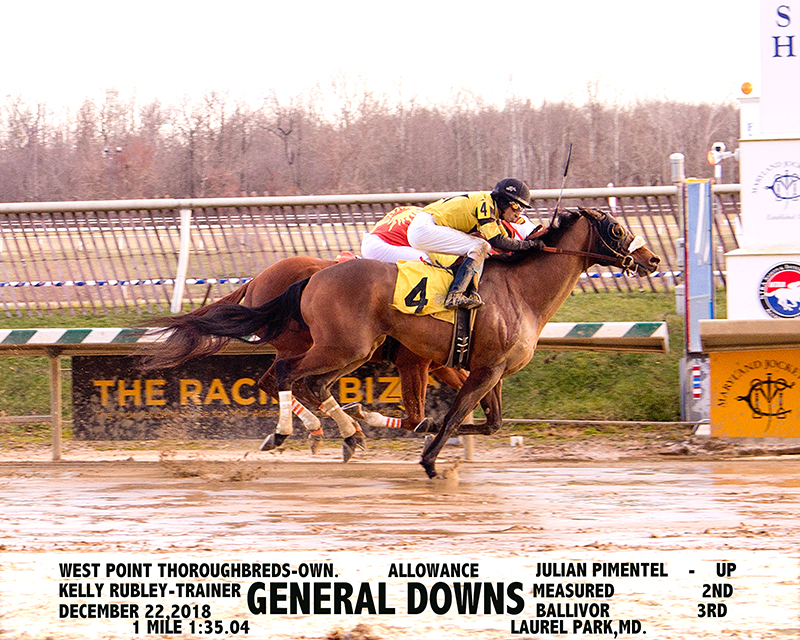 West Point Partners rounded out the year with several trips to the winner’s circle!

Hard-knocking veteran General Downs (aka The General) splashed home to win a tough second-level allowance at Laurel on 12/22 for trainer Kelly Rubley.

The win was well-deserved for the 5-year-old son of Mineshaft, who hit the board in five of seven starts in ‘18 before breaking through the condition.

The General has been known to “hang” when he makes the lead (he was second four times in ‘18!), but jockey Jevian Toledo was able to carry him across the wire. Interestingly enough, Toledo felt the gelding responded better to a brisk hand ride instead of encouragement from the stick.

Trained by Hall of Famer Jerry Hollendorfer, the son of Sidney’s Candy is a horse for course at Golden Gate, and has a particular affinity for sprinting on the grass. He’s the stable’s unsung hero of the year.

On 12/29 at Santa Anita, Facts Mater relished the cut back to one turn and return to turf to win for the second time in his career. Also trained by Jerry Hollendorfer, he was piloted by the red-hot Joel Rosario, who moved his tack to Southern California for the winter months.

Giza Goddess survived an inquiry in the 12/30 Blue Norther Stakes to become the stable’s newest stakes winner! The daughter of Cairo Prince was quite average in three starts on dirt but has absolutely relished the move to the lawn.

“I was a little worried because she was leaning on horses today,” jockey Brice Blanc said of the filly owned by Mercedes Stables, West Point Thoroughbreds, Scott Dilworth, Dorothy Ingordo, David Ingordo, and Steve Mooney. “She’s still a little green, but she’s got a ton of potential. I’ve had the chance to ride her on the grass in all three of her most recent starts, and she keeps improving every time.”

“I think switching to the turf is what has moved her up,” trainer John Shirreffs said. “It’s made all the difference with this filly. It was nice to be able to run back again at a mile, but beating maidens is one thing and beating winners is another. This was a big step up for her, and in her last race she had the outside post, so she had to hustle to get the lead. I was wondering if she’d settle well today, and she did.” 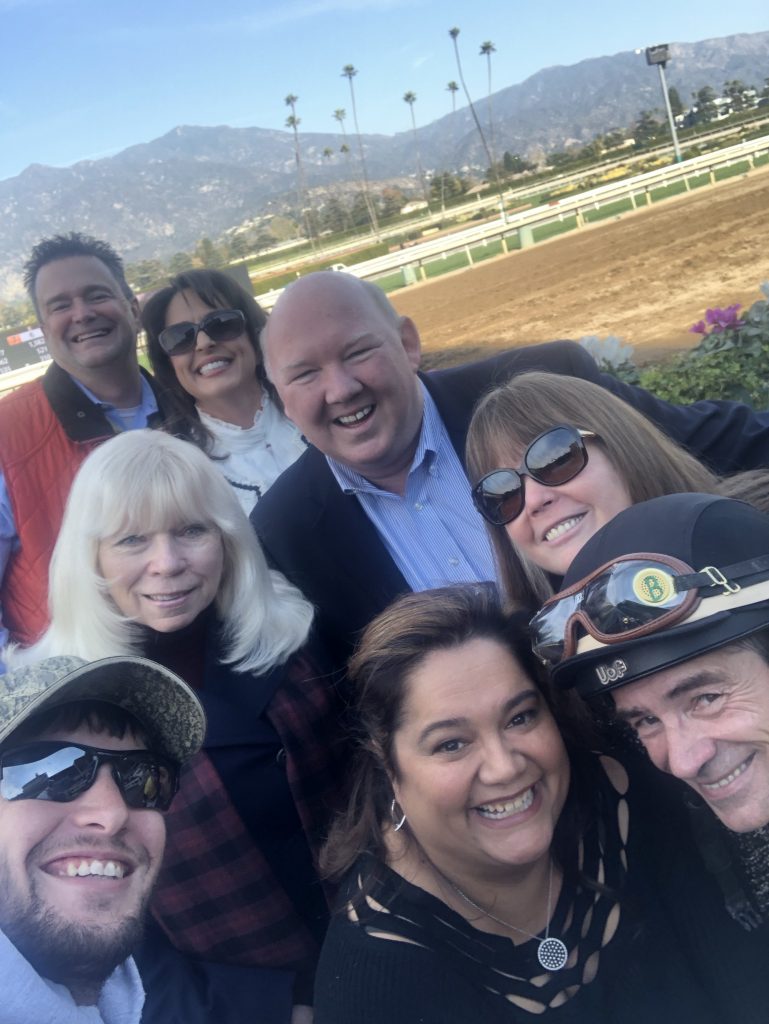 After several trips to the winner’s circle in the final days of 2018, Partners rang in the new year with a win at Laurel Park with a promising 3-year-old.

Still Dreaming drew away under a hand ride to win a maiden special weight on January 1 for trainer Graham Motion.

“This colt is just so classy,” said Motion. “He got run off his feet a little bit going six furlongs first time out, and I expected him to improve stretching out. He relaxed beautifully for Trevor (McCarthy).”

The son of Flater is out of the mare Seeking Gabrielle, making him a half-brother to Kentucky Derby winner Nyquist.

He’ll now head down to the Sunshine State to prepare for his first start against winners. If all goes well, he’ll be on the Kentucky Derby trail!