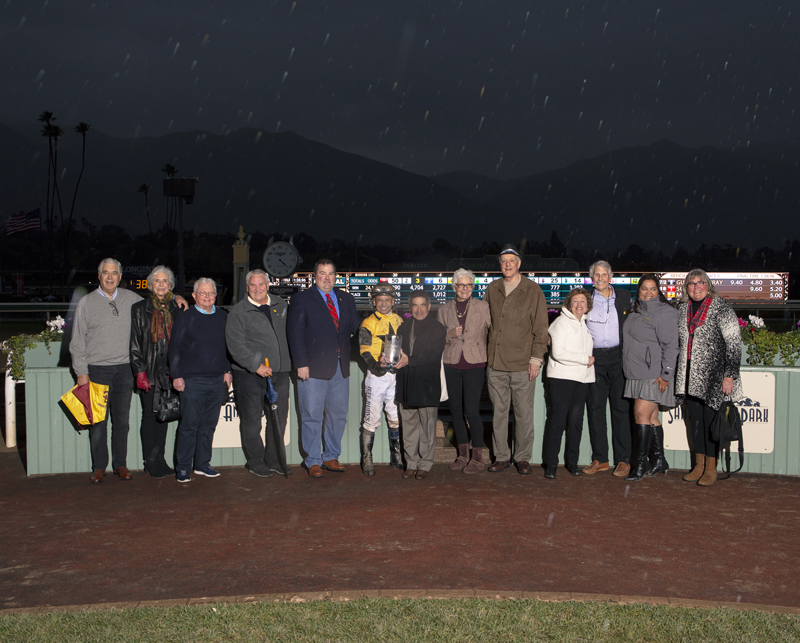 Gunmetal Gray has his Partners dreaming of the first Saturday in May after earning 10 Kentucky Derby qualifying points with a win in Saturday’s Sham Stakes (G3) at Santa Anita. The colt’s first stakes victory netted him 10 Derby points, upping his total to 14 and placing him fourth on the leaderboard. 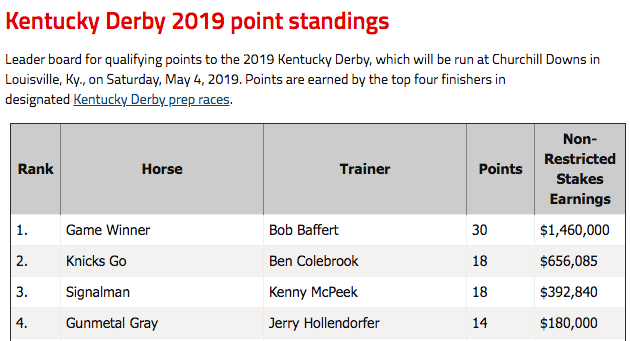 Owned by West Point Thoroughbreds, Pearl Racing, and Hollendorfer LLC, Gunmetal Gray was bumped at the break, leaving him last in the field of seven sophomores. He raced last down the backside while relaxing into a beautiful rhythm for Hall of Famer Mike Smith. He then made a sweeping move on the turn, circled the field, and ran them all down to prevail by a length. His ears were pricked crossing the wire and into the gallop out — something we love to see!

The Sham was the first stakes win for Gunmetal Gray, who finished second to undefeated Game Winner in the American Pharoah Stakes (G1) and fifth to the same colt in the Sentient Jet Breeders’ Cup Juvenile (G1).

We were tempted to ship out of town to avoid running against heavy favorite Coliseum but knew our colt warranted respect running over his home track with two turn experience to his advantage.

“Mike knew we wouldn’t be near the lead, and we were hoping to get some pace to run at,” trainer Jerry Hollendorfer said. “Mike sat back, bided his time, and he ran them down. We came back here after the Breeders’ Cup, and he’s really trained well the past two months.”

“I actually worked him his first three-eighths of a mile that he ever worked and I thought a lot of him then, believe it or not,” said Smith after guiding the son of Exchange Rate to the win. “I told Jerry to take his time and thought he’s the kind that will get better as he gets a little older,” Smith remembered. “He’s taking that big step forward, but I think he’s shown he can get the distance. They’ll start separating themselves as these preps go on, but at least he took that first step. The distance shouldn’t be a problem, which is very important. The best part of his race (in the Sham) was certainly the last part of it. Going around two turns and stretching out a little farther than he did today shouldn’t be a problem.”

All of us at WPT congratulate Mike Smith on his wedding this coming weekend!