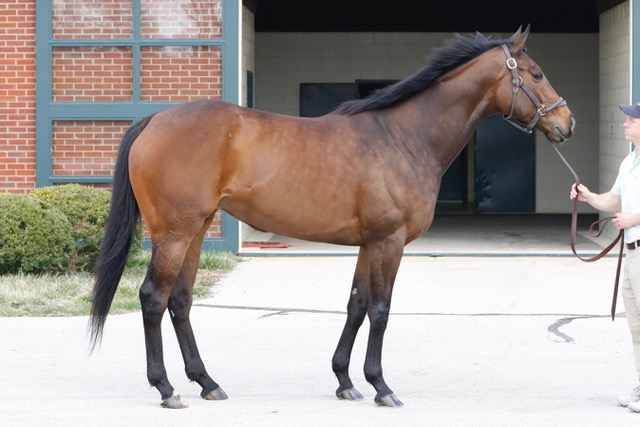 Hard Not to Love at the farm in Kentucky.

Hard Not to Love, the one-eyed mare who developed into a Grade 1 winner for trainer John Shirreffs, has been retired from racing and was bred to top sire Curlin on Thursday afternoon.

The 5-year-old daughter of Hard Spun will be offered at the Fasig-Tipton November sale.

“She is the total package,” West Point CEO Terry Finley said. “She has got the physicality, the pedigree, and the race record.”

David Ingordo purchased Hard Not to Love at the 2017 Keeneland September yearling sale. The next year, her half sister Wonder Gadot finished second in the Kentucky Oaks before defeating males in two legs of the Canadian Triple Crown, the Queen’s Plate and Prince of Wales Stakes, en route to Canada’s Horse of the Year title. 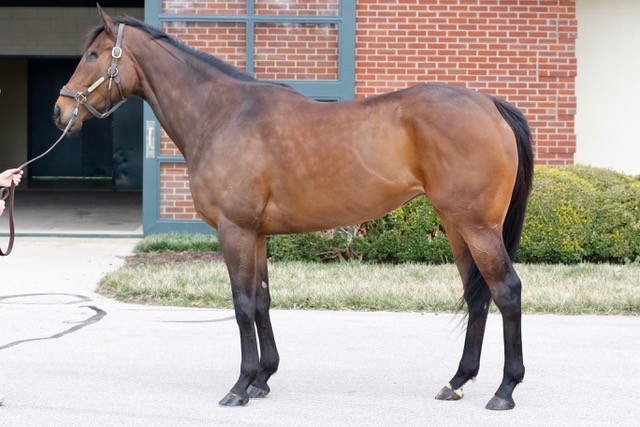