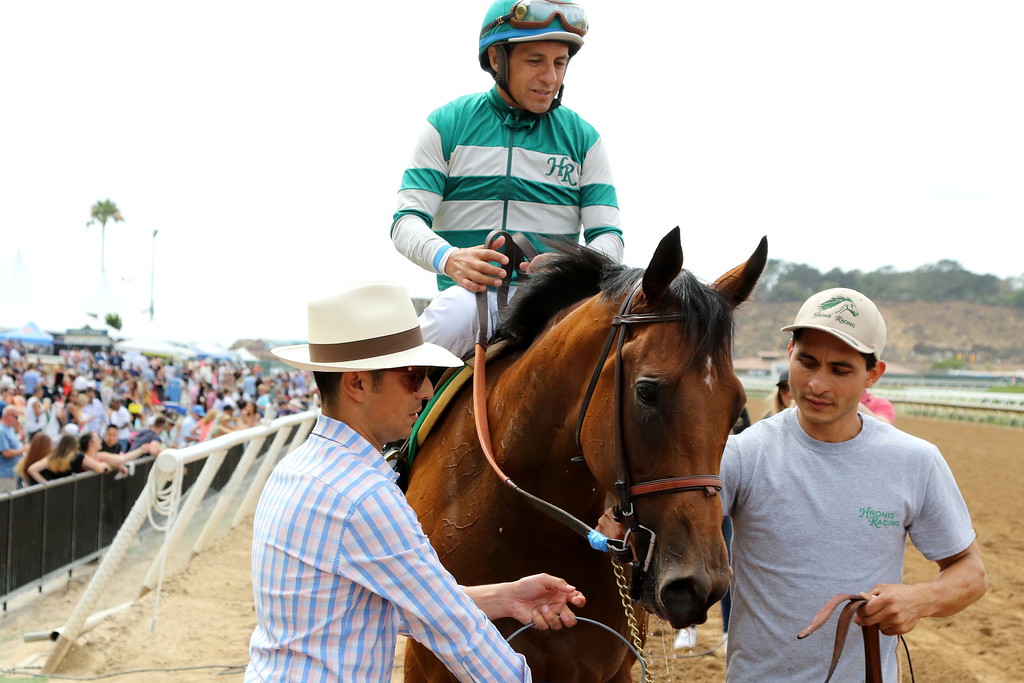 Inspiressa won her debut on August 11. She was the highest-priced filly in the OBS March sale.

West Point Thoroughbreds will look to close out the summer meets in a big way over Labor Day Weekend with major events for two-year-old fillies on both ends of the country, as Inspiressa is the morning-line favorite for the Grade 1 Del Mar Debutante on Saturday and Miss Peppina is poised for for the Grade 1 Spinaway Stakes on Sunday.

Inspiressa is 5-to-2 on the morning line for the Debutante, which will come 20 days after her eye-catching debut win for jockey Victor Espinoza and trainer John Sadler.

Miss Peppina will get another chance against the top two finishers from the Grade 2 Adirondack Stakes a month ago. She finished a good fourth, beaten a couple lengths, after laying much closer to the pace early than expected. She will race with blinkers for the first time, with Joel Rosario back aboard.

The page will turn quickly to the world’s largest Thoroughbred auction, the Keeneland September yearling sale, where we will be on the prowl for prospects like Decorated Invader. West Point found him at Keeneland September and one year later he is in line for the Grade 1 Summer Stakes on September 15 at Woodbine as a potential springboard to the Breeders’ Cup.