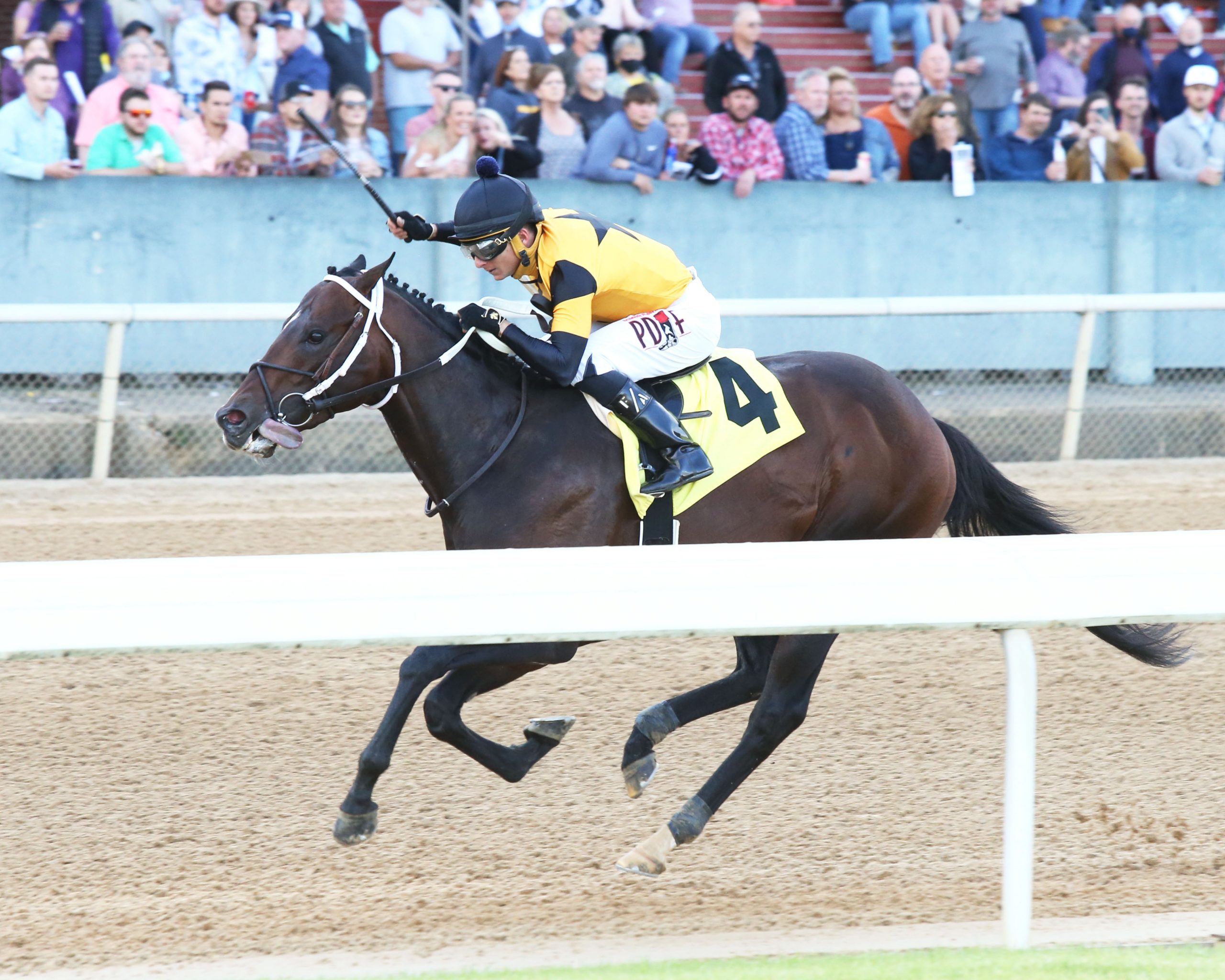 2yo in training purchase Jaxon Traveler scores in the Bachelor Stakes at Oaklawn Park on April 24.

Jaxon Traveler already racked up five wins in his speedy career. On Monday, he will take aim at his biggest prize yet in the $250,000 Steel Valley Sprint at Mahoning Valley racetrack in Ohio.

The Maryland-bred colt is 7-to-2 on the morning line in a field of 12 three-year-olds. Gerardo Corrales will guide him from post three for trainer Steve Asmussen.

Based in New York with Steve’s assistant Toby Sheets, Jaxon Traveler captured the Star de Naskra Stakes on the main track at Pimlico on August 21 before checking in third on the grass at Belmont Park in the Allied Forces Stakes on September 17. He failed to draw into the Maryland Million Sprint Stakes last month at Laurel, a race that gives preference to the progeny of Maryland sires. Jaxon Traveler is a son of Munnings, who stands in Kentucky.

“We have tried him a few times on the turf and he is certainly a bit more of a dirt horse but still runs well,” Toby Sheets said. “He has been a very consistent horse for us and has been training good leading into this race.”