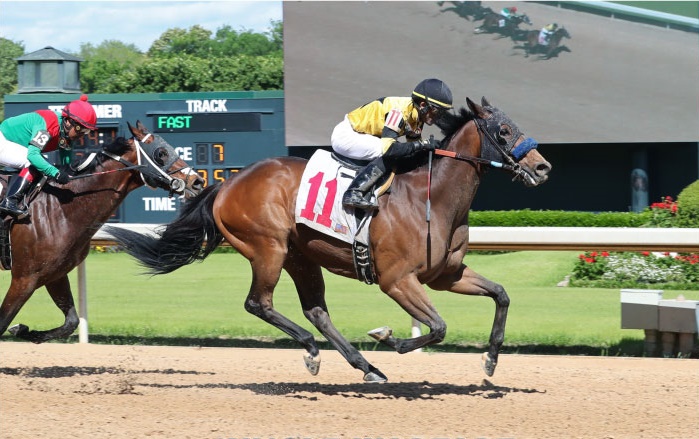 It sure has been nice to have at least a few racetracks still operating during the pandemic. One of them is Oaklawn Park in Hot Springs, Arkansas, where Jungle Warfare came through with a victory on Saturday.

Jungle Warfare has been a consistent warrior, finishing in the top three in 19 of his 24 races. And man is he versatile, effective on turf, dirt and synthetic tracks. It was great to see him back in the winner’s circle. Joel Rosario guided the 5yo gelding for trainer John Sadler.

Coverage of Jungle Warfare’s win during America’s Day at the Races on FS1 network is below: