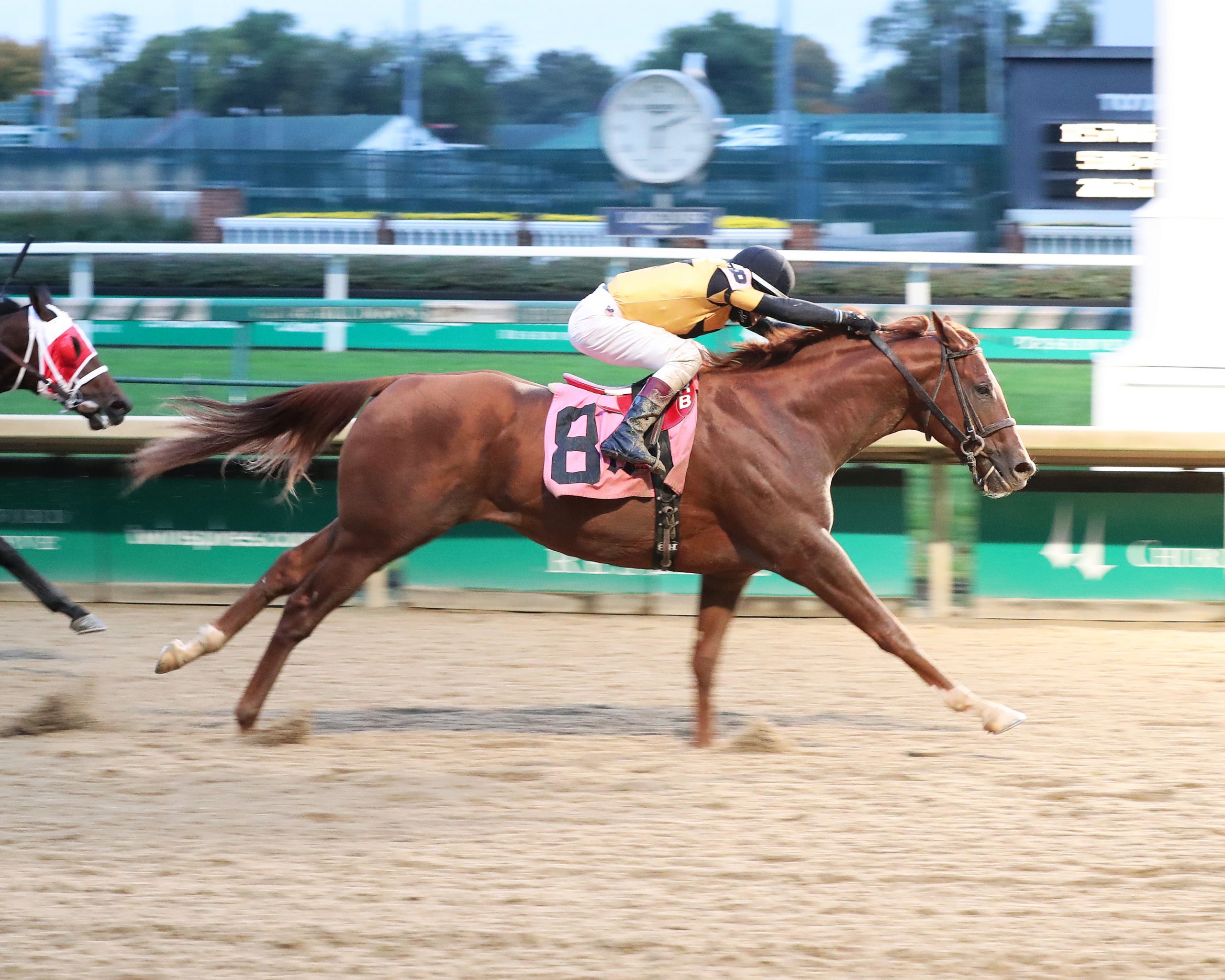 King’s Ovation powered through the stretch Sunday at Churchill Downs for a 26-to-1 upset in his second career start.

The 2-year-old colt put a bow around a productive day for the three West Point starters on Churchill’s Stars of Tomorrow program, with Lady Traveler finishing a strong second in the Rags to Riches Stakes and Arabian Prince checking in fourth in the Street Sense Stakes.

King’s Ovation was overlooked after finishing seventh at Keeneland on October 3 in his debut. He came out of the race with a respiratory bug that trainer Dale Romans and his team treated and quickly put behind him.

West Point and Peacock Stable bought the Not This Time colt in June at the OBS spring sale of two-year-olds in training. Peacock Stable is a group led by long-time racing commentators Tom Hammond and Mike Battaglia.

Lady Traveler fired a game performance stepping up to two turns in the Rags to Riches.

Arabian Prince improved his Beyer figure 10 points to a 71 in the Street Sense off a debut win at Churchill in September.