Following a win in the Lexington Stakes (G2), West Point purchased an interest in Keith Desormeaux trainee My Boy Jack. Despite the torrential downpour all day, a dedicated group of West Point Partners experienced the magic of the Kentucky Derby dream and their colt was a fast-closing fifth after getting “stopped cold” on the turn. He came home fastest of all — the only one in the field to shade 25 seconds in the final two quarter miles.

The son of Creative Cause shipped back to California after the Derby and is now under consideration for the $1,500,000 Belmont Stakes (G1) run on June 9.

My Boy Jack is owned by Monomoy Stables, Don’t Tell My Wife Stables, and West Point Thoroughbreds and will be ridden by regular pilot Kent Desormeaux (brother of Keith Desormeaux).

“This horse has got a heart of gold,” said trainer Keith Desormeaux. “I already had plenty of respect for him, but after yesterday, man. This horse, he is to be commended.”

Kent Desormeaux was as equally as proud of the colt but was frustrated he didn’t have a cleaner trip. “My destiny was to be third,” he said. “I got stopped cold at the three-eighths pole behind a wall of horses who were backing up. I had to bull my way through and had a ton of horse.”

Some scenes from Derby day (all photos by Z): 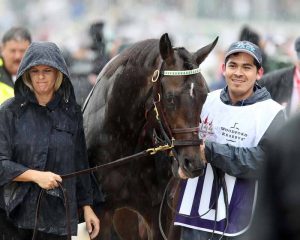 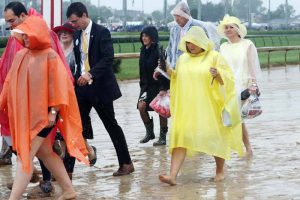 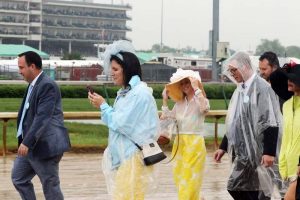 Heading into the first turn: 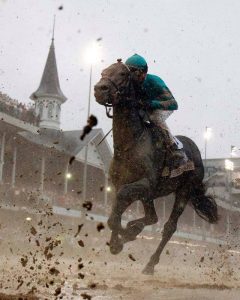 My Boy Jack back at Santa Anita on May 9: