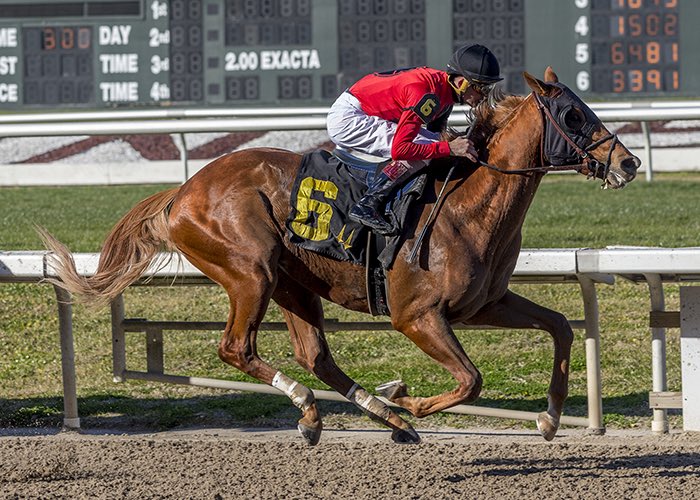 O Besos made his West Point Thoroughbreds debut a winning one on Sunday, dismantling a sprint allowance field at Fair Grounds underneath jockey Brian Hernandez Jr.

The 3-year-old colt settled in last place early before taking flight at the quarter pole, barreling between horses and surging ahead to prevail by 2 1/4 lengths on a fast track. The chestnut son of Kentucky Derby winner Orb jumped forward after splashing to a 5-length maiden win on a sloppy track there on December 20. West Point joined his ownership group prior to the New Year.

Hernandez in the winner’s circle Sunday said, “My colt just handled every type of challenge and was there for me to split horses and just go on with it. He just kinda bullied his way through that wall and kept going. I really didn’t need to ask him much.”

O Besos will be nominated to a number of Triple Crown prep races, including the Grade 2 Risen Star Stakes on February 13 at Fair Grounds, his winter base with trainer Greg Foley.