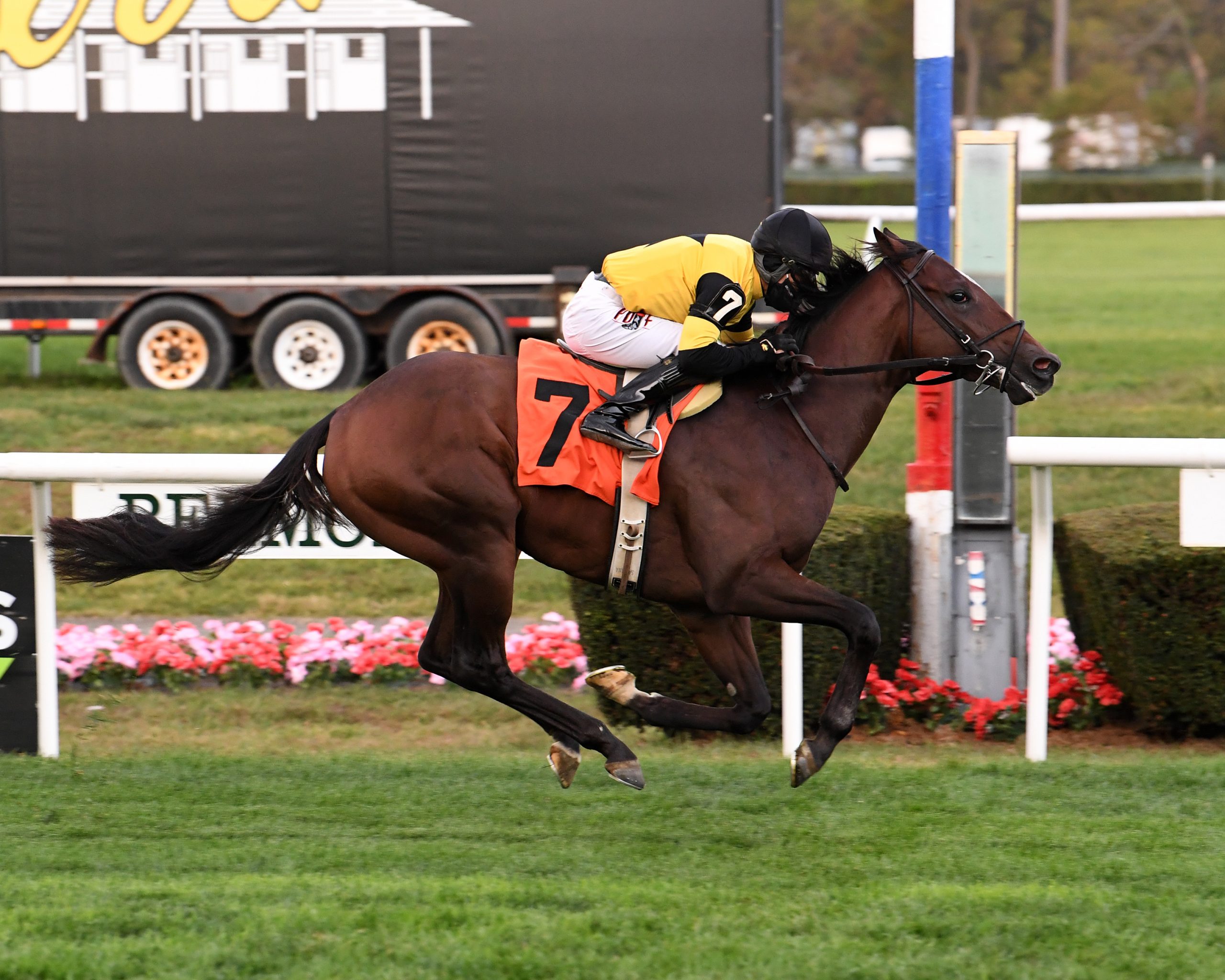 Phantom Smoke surged through the stretch at Belmont Park on Sunday for a debut victory, becoming the fourth 2-year-old winner for West Point Thoroughbreds in the last 10 days.

The New York-bred colt tipped out in the upper part of the stretch and unleashed a strong turn of foot for jockey Junior Alvarado, prevailing by a length and a quarter and with a few green signals suggesting that even while winning, he is still putting the pieces together. Indeed, Christophe Clement decided earlier in the week to go ahead and unveil Phantom Smoke even though he was a work or two short in his training schedule.

Phantom Smoke was acquired in the OBS March sale of two-year-olds in training.