Already a five-time stakes winner, Galilean added to his toolbox Sunday with a success doing something different in the California Flag Handicap at Santa Anita.

Galilean was proven on the dirt between 6 1/2 and 8 1/2 furlongs and on the turf around two turns. He had never tried sprinting on the grass and aced the test in game fashion, getting up in the final jumps to win the 5 1/2-furlong California Flag by a head.

“He’s a really good horse,” trainer John Sadler said. “He’s got so much class. We changed things up today, running short, but we added blinkers and as you saw, he’s got a ton of natural speed. Long range, it’s exciting because these Uncle Mo’s are becoming great stud prospects and that’s very encouraging for him.” 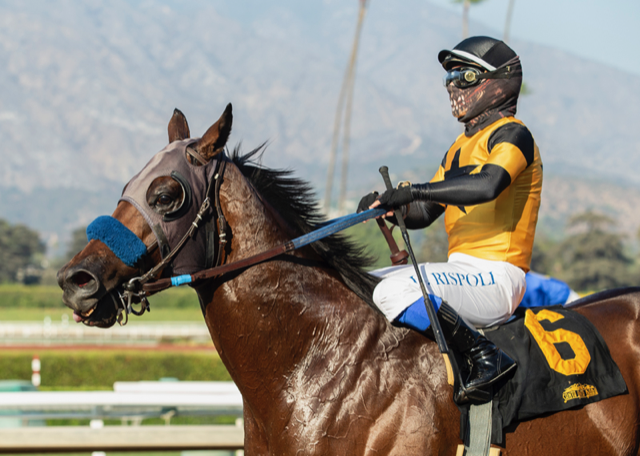