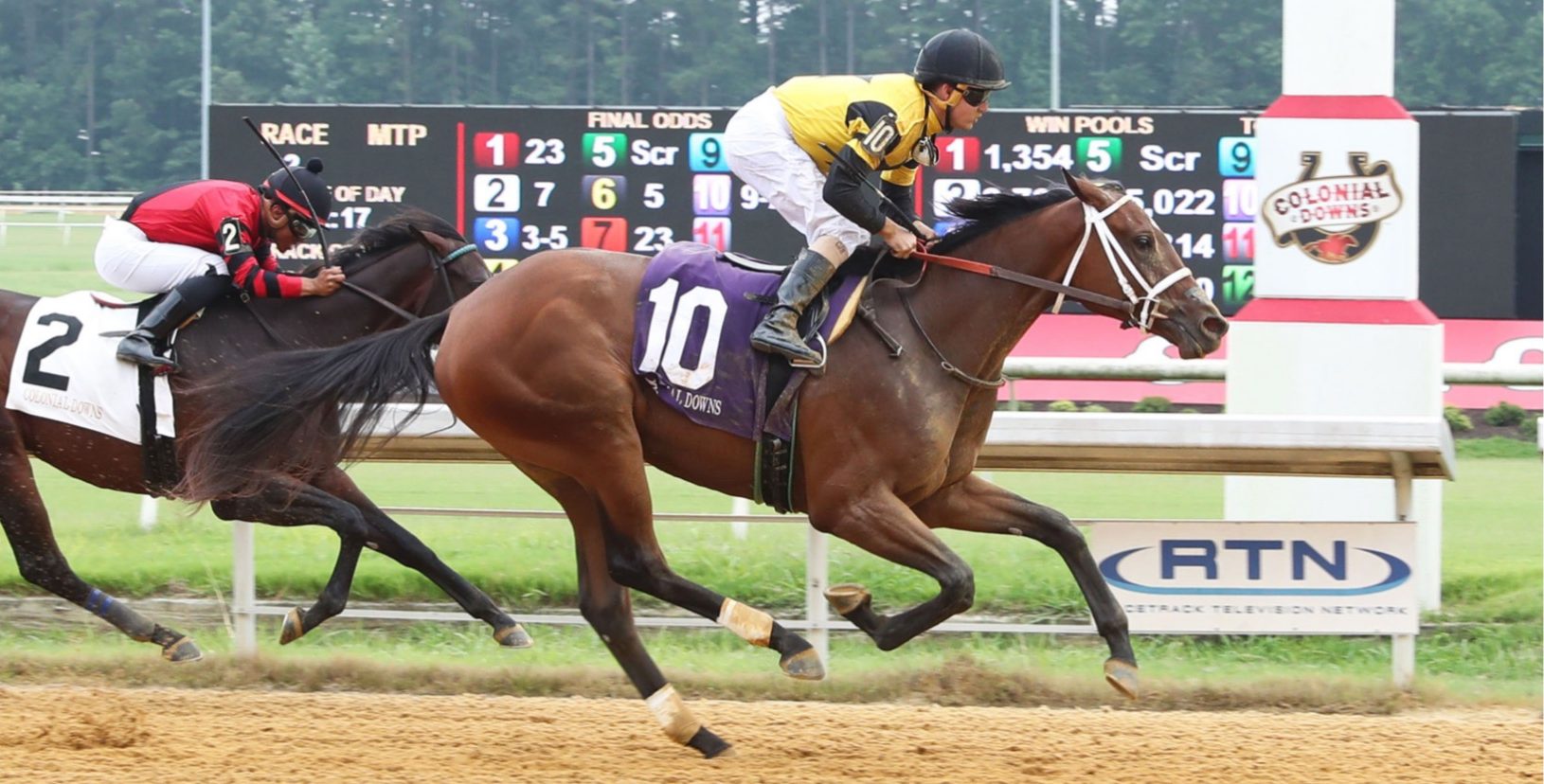 Sequist powered home with an impressive debut win at Colonial Downs in Virginia on Tuesday, continuing a strong start from the West Point 2-year-old roster in 2021.

From six individual 2-year-olds for WPT, Sequist, Ready A. P. and Little Drama have all won first-time out. Brigadier General, Sequist’s stablemate for trainer Dallas Stewart, and Kodama both finished second in their debuts.

Sequist was a yearling purchase last September at Keeneland, from the second crop of juvenile champion and Kentucky Derby winner Nyquist. Dallas trained her broodmare sire, Flanders Fields, and was an assistant to D. Wayne Lukas when Flanders Fields’ dam, Flanders, was the champion 2-year-old filly of 1994.

Dallas has a division at Colonial for the first time this summer since Churchill Downs has closed its barn area for the installation of a new turf course.

Sequist showed promise in a full field of debuting runners, kicking in with a strong outside rally through the length of the stretch under jockey Colby Hernandez. She earned a 71 Beyer speed figure and will be considered for a stakes race next, perhaps at Saratoga.