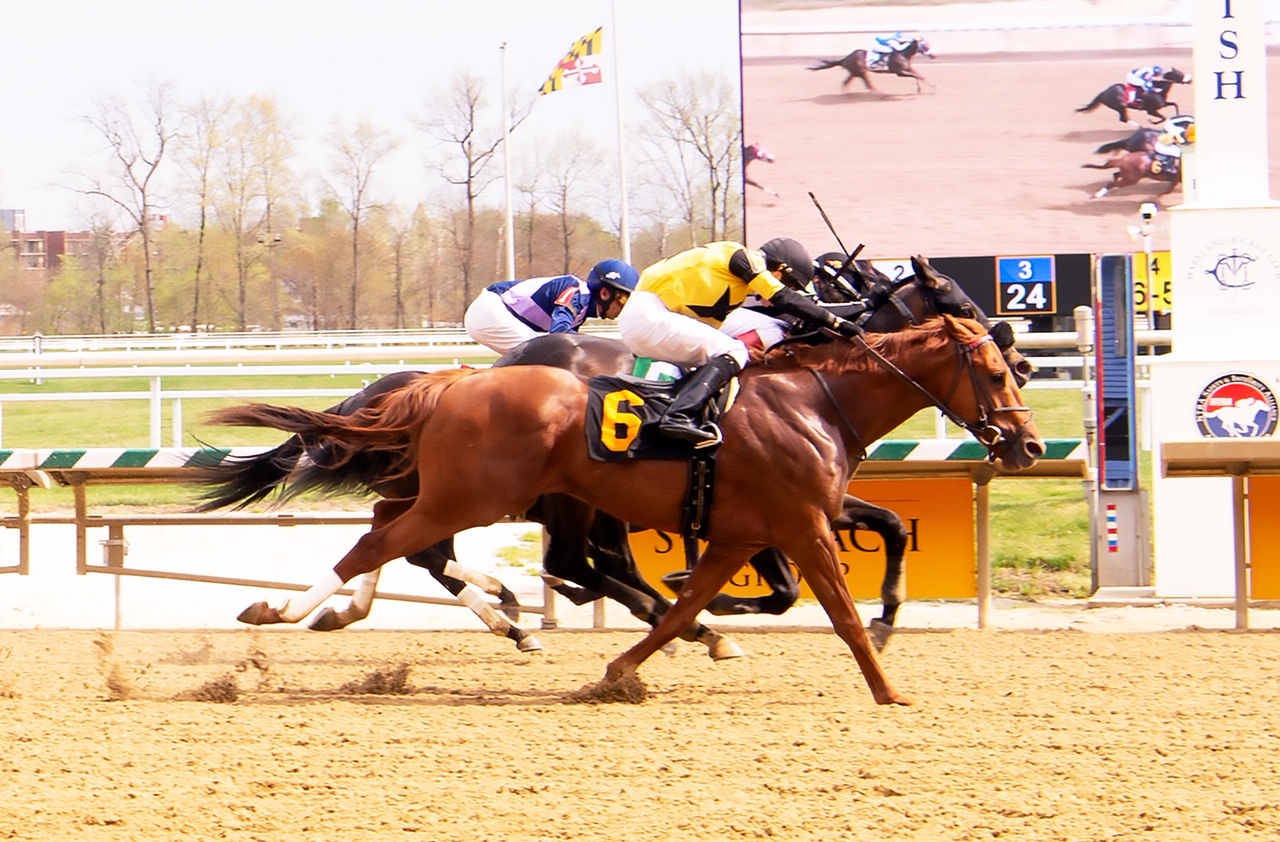 Still Dreaming and Weston Hamilton time it just right in a Laurel allowance.

Still Dreaming picked up his second win of the year in dramatic fashion on Saturday at Laurel Park when he drove through the stretch to get his nose down on the wire by an eyelash in a seven-furlong allowance.

The three-year-old half brother to champion juvenile and Kentucky Derby hero Nyquist bounced back after finishing off the board around two turns in the Grade 3 Sam F. Davis Stakes at Tampa Bay Downs and Private Terms Stakes at Laurel. Trainer Graham Motion and West Point Racing Manager Erin Birkenhaur decided to regroup by shortening him up in distance at Laurel, where he had scored a maiden victory over a one-turn mile on New Year’s Day.

Still Dreaming, purchased by West Point and Chris Larsen at the 2017 Keeneland September yearling sale, settled in midpack and came through with a determined rally along the outside for jockey Weston Hamilton to nip Bozzini on the line.

“To be honest, I’ve really liked this horse,” Motion told the Maryland Jockey Club’s press office. “I know I threw him into some tough spots, but that’s the kind of horse I thought he was. After he was disappointing last time, Erin and I talked about it and we just thought that maybe shortening him up might be the key. This race was a good opportunity to do that, and it worked out. I give her credit for coming up with the idea.”

Still Dreaming will likely run next in the Chick Lang Stakes at Pimlico on May 18.

The chestnut colt was part of a heart-stirring day for Motion and West Point Partners on the Laurel card. Two races later, they were involved in another photo finish, this time coming out on the short end of the stick as Flying the Flag finished second by a nose in a mile allowance for older horses.