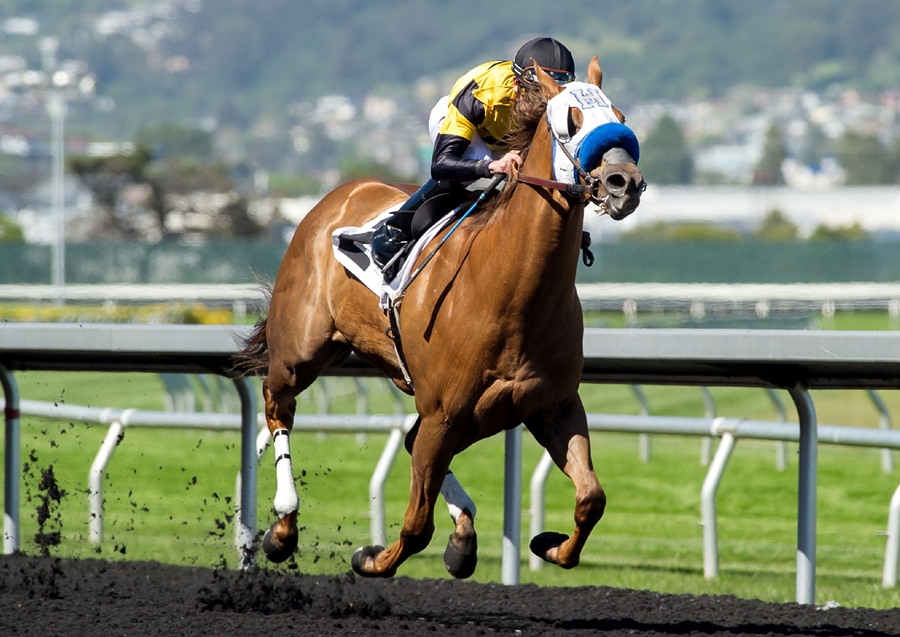 Mr. Twinery improved his record to 9 wins in 11 starts at Golden Gate Fields.

Mr. Twinery on Sunday rumbled to his ninth victory at Golden Gate Fields in the last 12 months, speeding to a 4-length triumph in a 6-furlong sprint on the Tapeta synthetic track.

The 5-year-old gelding has only been beaten twice in 11 starts at the track in Albany, California, both times finishing third. With one more win, Mr. Twinery will tie Awesome Gem as the winningest runner for West Point Thoroughbreds.

This time, Mr. Twinery hustled to the front from an inside post under jockey William Antongeorgi III, dictated the pace into the turn where he faced pressure from two challengers, before quickly turning them away and opening up a daylight advantage at the top of the stretch.

Mr. Twinery recorded his 10th career win overall in 18 starts for Hall of Fame trainer Jerry Hollendorfer. The connections have been rewarded for their early patience, as Mr. Twinery did not race at all as a two-year-old and only made two starts at 3, including a maiden victory at Los Alamitos.

Bartlett Hall, returning to his home state of Indiana after beginning his career in Southern California, responded with a clear victory at Indiana Grand on Wednesday, prevailing by a length and three-quarters at 3-to-5 odds for jockey Deshawn Parker and trainer Tony Granitz.

The son of Data Link had hit the board five times in 14 starts in California. Cutting back from a mile to 5 1/2 furlongs in this assignment, he settled in fifth and sixth place early and made his move from three-wide into the lane, catching the pacesetter Colichief at the eighth pole and driving away. He earned $19,000 under the track’s appealing purse structure for Indiana-breds.

The victory was the seventh in 20 starts so far in April for West Point runners.

Granitz also trains Bartlett Hall’s half brother, Dox Folly, a seven-time winner at Indiana Grand who has banked more than $158,000.