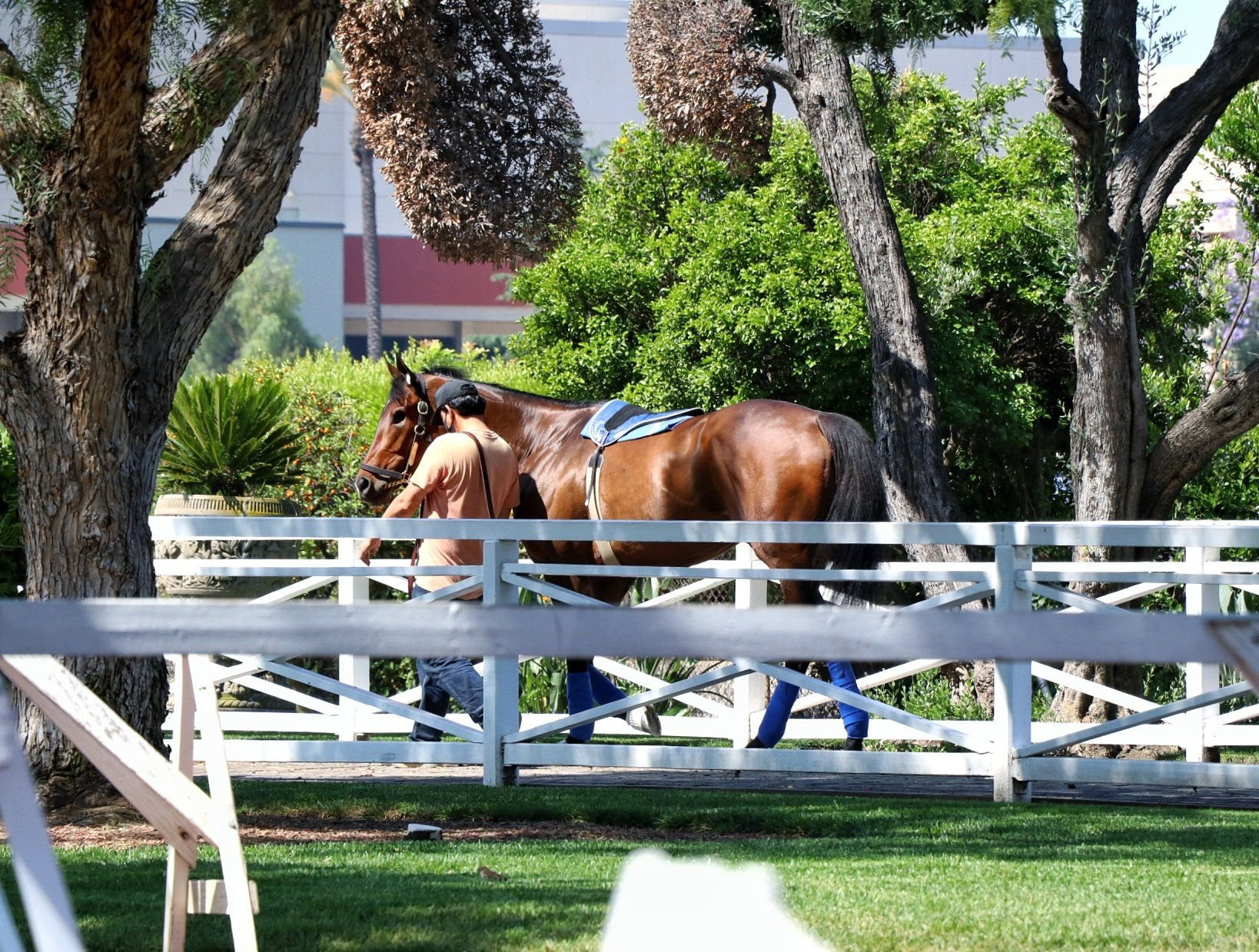 Hard Not to Love this in a photo courtesy of Santa Anita Park.

The first time Grade 1 winner Hard Not to Love stretched out around two turns, things did not go to plan as the one-eyed filly rocketed to the lead from the rail post in the Beholder Mile on March 15 at Santa Anita and faded late to finish second.

Sunday’s Grade 2 Santa Maria Stakes shapes up as a near duplicate scenario on paper, with Hard Not to Love to again break from the rail and get a rematch with Ce Ce going a mile and a sixteenth on the Santa Anita main track.

Hall of Fame jockey Mike Smith will look to turn the tables in a field of just five. Hard Not to Love, who won the Grade 1 La Brea Stakes and Grade 2 Santa Monica Stakes in her two starts before the Beholder Mile, has not raced in the interim. Ce Ce, on the other hand, traveled to Oaklawn Park and ran down Ollie’s Candy, the third-place finisher in the Beholder Mile, to win the Grade 1 Apple Blossom by a nose on April 18.

Hard Not to Love, trained by John Shirreffs, prepared for Sunday’s race with a bullet five-furlong workout in :58 4/5 that was the fastest of 49 moves at the distance on May 24 at Santa Anita.