An incredible day yesterday at Equestricon here in Saratoga Springs. This convention is rocking.

Great energy, many faces (new and some not so new!!) coming together to celebrate racing and discuss how to make things better.

An incredible day yesterday at Equestricon here in Saratoga Springs. This convention is rocking.

Great energy, many faces (new and some not so new!!) coming together to celebrate racing and discuss how to make things better.

Last year in early August, I had a chance meeting with the three young organizers of Equestricon: Kathryn Sharp, Justin Nicholson, and Dan Tordjman.They quickly cornered me and started describing their dream of holding this convention. I remember thinking  “this seems like a great idea, but man will it take a lot of heavy lifting”.

Fast forward 12 months and that heavy lifting has been done (most by three talented, smart and passionate racing junkies).Take a look at their website and Twitter feed.

Last night I had a chance to watch “The First Saturday In May” movie which covered horses competing on the 2006 Derby trail. The Hennegan Brothers did the movie and followed up around all spring.  What wonderful memories it brought back since we had Flashy Bull that year.

We ran in the Derby but did not run well and ended up 14th. Our story did not make the film (we ended up on the cutting room floor). But, I did get three-second spot talking to our trainer Kiaran McLaughlin on Derby Morning.

Speaking of the Derby, I want to share a cool moment I shared with Hall of Fame jockey Pat Day yesterday. We were chatting and I asked him how often he thinks about his Derby win (in 1992 aboard Lil E. Tee). Since it’s been 25 years since his Derby win I expected him to say the memory’s kinda faded away. Nope. He responded, “I think about it every single day”.

Here is a photo of the Q & A from last night’s movie. Most of the main characters (including Dale Romans on his birthday and son Jake) came back to talk about the process: 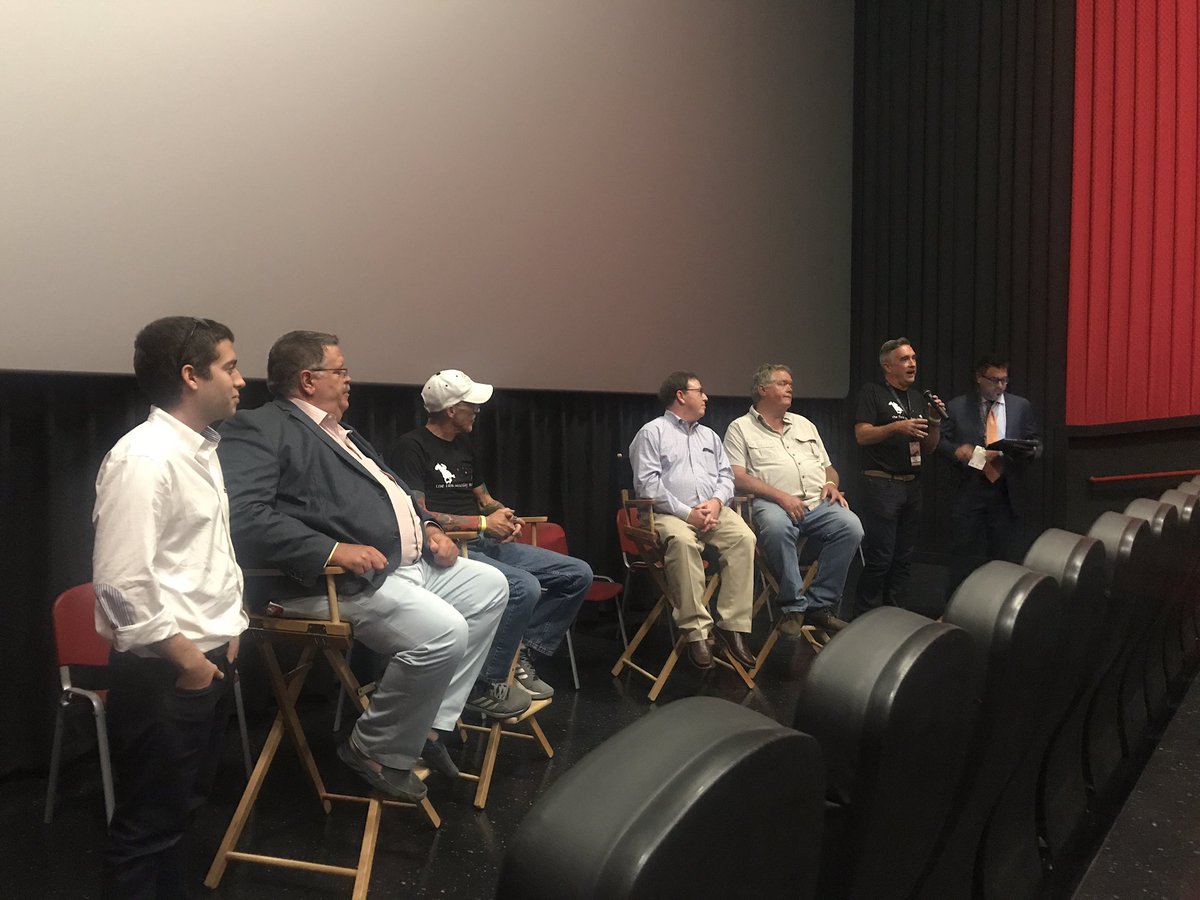 Alabama week coming up at the Spa which means we are past the halfway point! The days need to slow down!!

Me in a virtual reality race on a horse at Woodbine ridden by Emma Jayne Wilson: 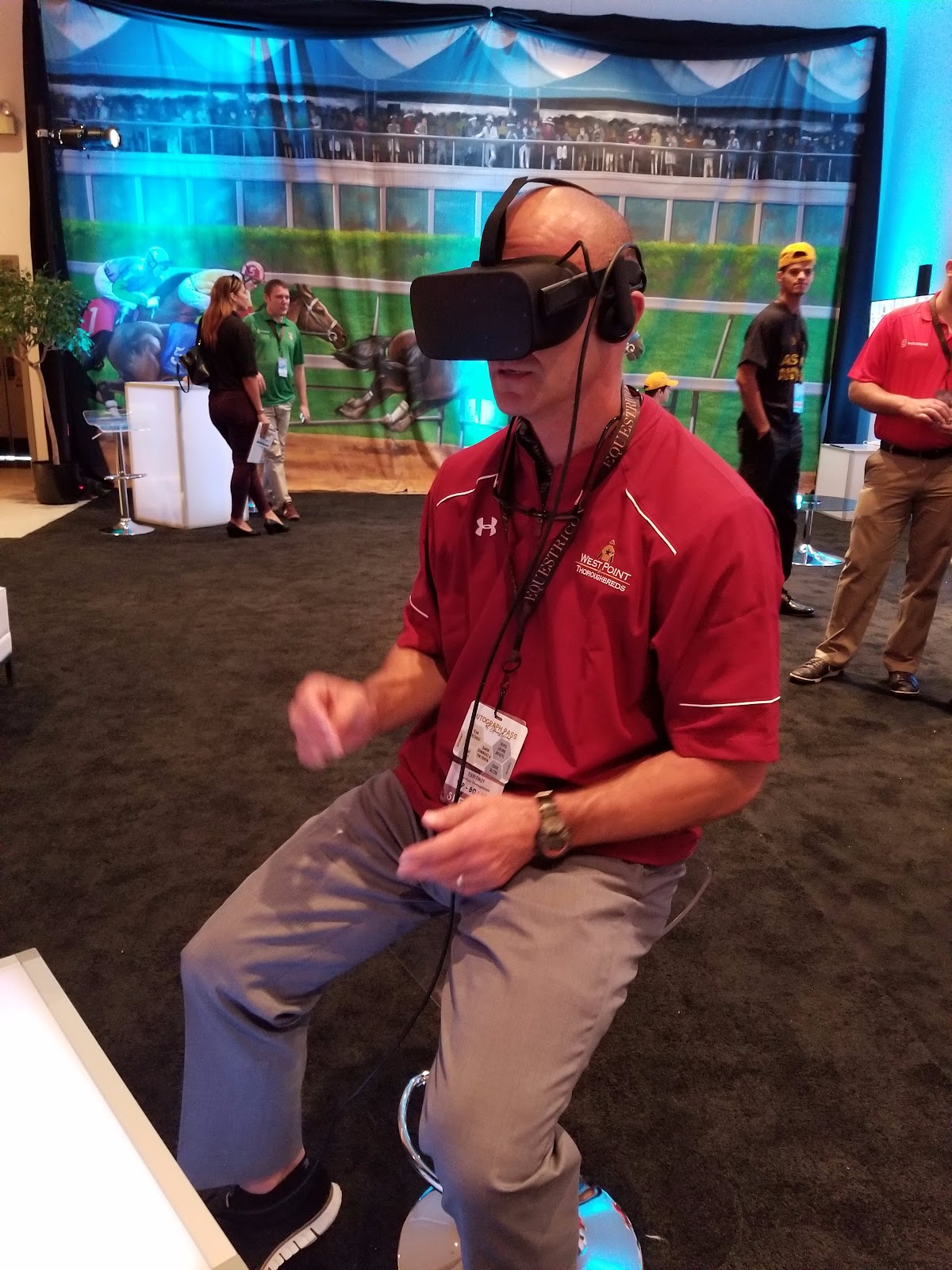